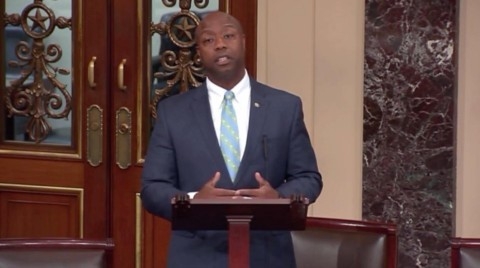 Of the 100 senators in office right now, two are black. In a remarkable moment of raw honesty on the Senate floor  Wednesday, one of those senators — GOP Sen. Tim Scott of South Carolina — said that even in the highest levels of governance, being black can still get you stopped by the police.

In a speech on the Senate floor on Wednesday, Scott shared that when he comes to Washington, he’s sometimes felt more like a suspect than a member of the nation’s most exclusive club. He said he’s been stopped by police seven times in one year.

For the complete story, visit TheWashingtonPost.com/News/TheFix.