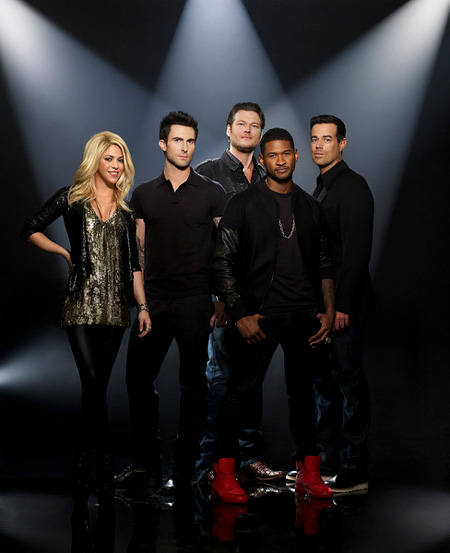 TV’s most popular swivel chair contest returns Monday. “The Voice” launches season 4 with two hours’ worth of blind auditions before returning coaches Adam Levine and Blake Shelton and new coaches Usher and Shakira. Carson Daly is back as host with Christina Milian piping up about social media.
Once again there are four stages of competition: first, the blind auditions (starring those rotating chairs), then the battle rounds, the knockouts and finally, the live performance shows.
Source: http://www.denverpost.com/entertainment/ci_22834621/photos-voice-adds-singing-coaches-usher-shakira?source=rss