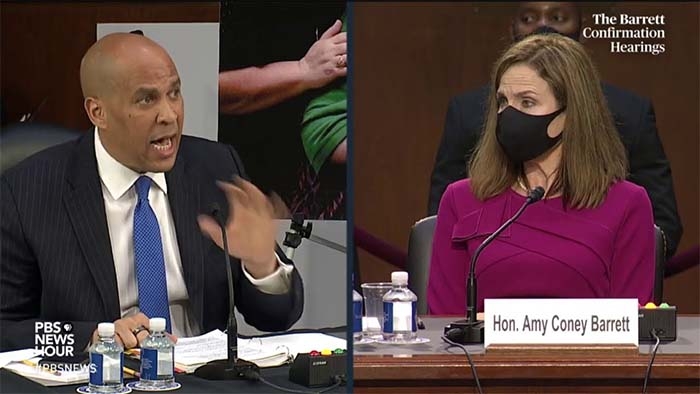 The Senate Judiciary Committee confirmation hearing for Judge Amy Coney Barrett, who was nominated by President Trump to fill the seat of the late Supreme Court Justice Ruth Bader Ginsburg, kicked off on Monday.

At the hearing, Senator Cory Booker of New Jersey offered his piercing take on the nomination process in a truly abnormal year. (His comments on this start at 9:06.)

For the full story, visit Mashable.com/Video.