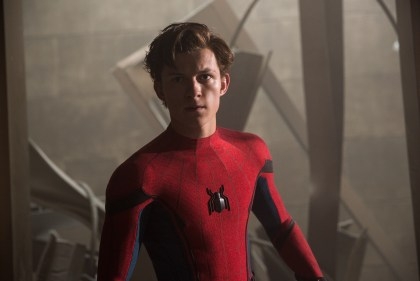 Spider-Man: Homecoming has been receiving glowing reviews from critics in anticipation of it’s release in theaters this Friday, with some even calling it “one of the best superhero movies in years.” This third big screen depiction of the crime-fighting hero, from Sony Pictures and Marvel Studios, revives the story of Peter Parker with a fresh and funny take that works for all audiences. And it’s not just the humor or Avengers plotline that makes this reboot unique, but the diversity, which hasn’t been seen in the world of Spider-Man until now.

And how does Spider-Man himself, Tom Holland, feel about this inclusion? “It’s an honor. Jon [Watts] is sort of breaking the rules and doing what he should be doing and what the rest of the industry should be doing,” the actor told Chica about the film’s director. “He cast this movie based on who was best for the role rather than where they’re from or what they look like.”

For the complete story, visit People.com/Chica.