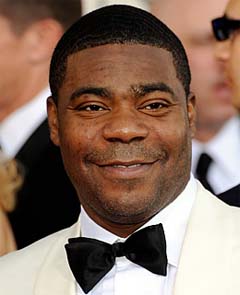 Comic Tracy Morgan was “more responsive” Sunday but remained in critical condition a day after a deadly crash on the New Jersey Turnpike, his spokesman said.

“We expect him to remain in the hospital for several weeks,” Kay said. “His family is tremendously overwhelmed and appreciative of the outpouring of love and support from his fans.”