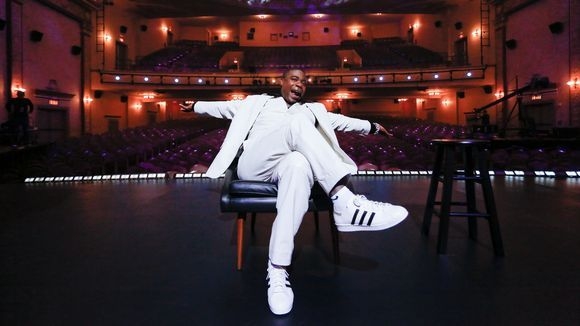 “We can get right to it. Everybody knows I got hit by the (expletive) Walmart truck,” says the comedian at the top of his Netflix stand-up show Staying Alive, shot at New Jersey’s Count Basie Theatre in October and available to stream on Netflix. “It could’ve been worse,” Morgan jokes. “I could’ve been injured by “a Bob’s Discount Furniture truck, driven by some dude name Rico.”