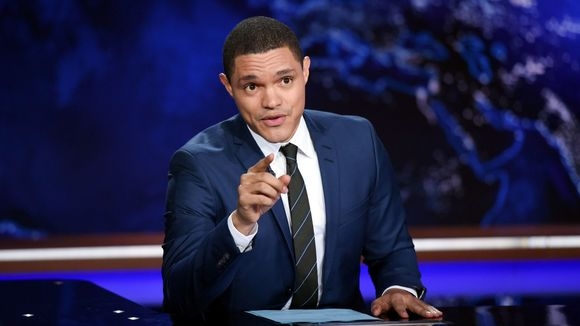 Rep. Jim Jordan announced last week he will run for speaker of the U.S. House of Representatives, as controversy swirls around the Congressman’s pre-Washington stint as an assistant wrestling coach at Ohio State University in the 1990s. His former athletes claim Jordan knew team doctor Richard Strauss had sexually abused them and their teammates, and he did nothing to stop the misconduct.

Trevor Noah took aim at Jordan on Wednesday evening’s “Daily Show,” calling him “Joe Paterno, Part. 2,” referring to the Penn State football coach who fell from grace after his role in enabling the Jerry Sandusky sexual-abuse scandal was made public.

“Before he was in Congress, he worked as an assistant wrestling coach at Ohio State, and we’re just now learning that one of his trademark moves may have been enabling sexual abuse,” he said. “Turning a blind eye to rampant sexual abuse of the kids you’re supposed to be protecting? I’m sorry, it doesn’t get more scumbag than that.”