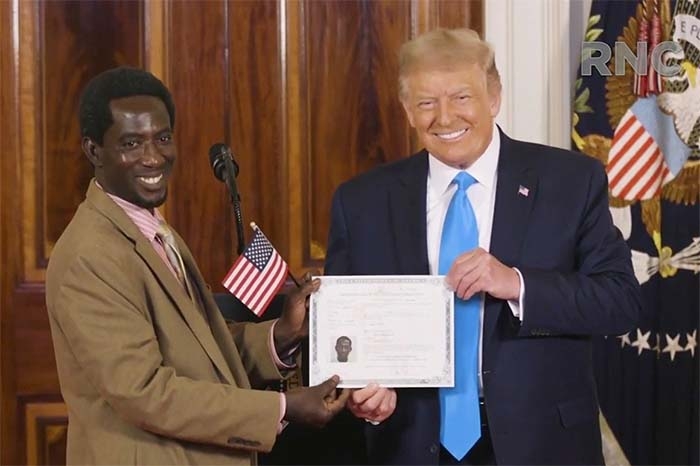 President Donald Trump staged a norm-busting show on the second night of the Republican National Convention, pardoning a convicted bank robber, hosting a naturalization ceremony, and providing a primetime platform to Americans with a history of incendiary social media posts.

Trump also blurred the line between the presidency and electoral politics. First lady Melania Trump delivered her speech from the Rose Garden, while Secretary of State Mike Pompeo offered a taped message from Jerusalem, an unusually partisan move for the nation’s top diplomat.

Here are key moments from the second night of the convention.