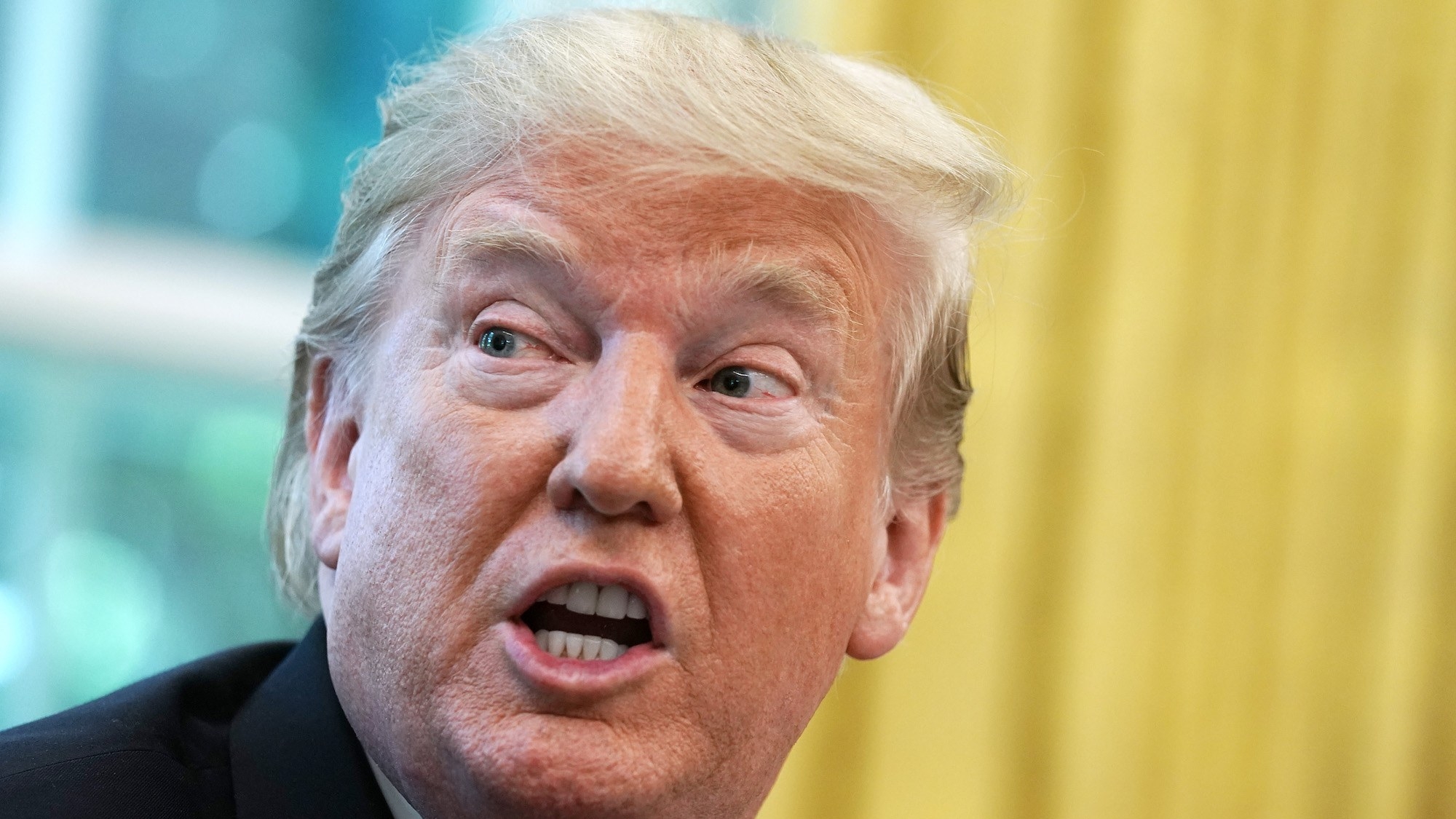 Over the past two and a half years, Donald Trump has carved out a niche for himself as a manic, deranged tweeter the likes of which the Oval Office—nay, the world—has never seen. In times of great stress—the Special Counsel’s investigation, the blue-wave midterms, a Fox News host not sufficiently fellating him—the president has amped up his output, tweeting dozens of times a day. But Sunday may have set a new record when the leader of the free world fired off a whopping 46 messages to the universe, including retweets from random supporters and one from an account called “Trump But About Sharks,” which replaces random words from his tweets “to make them about sharks.”

Most notable, though, was the president’s quoting of pastor/Fox News contributor Robert Jeffress, who made a rather bold impeachment prediction on air.