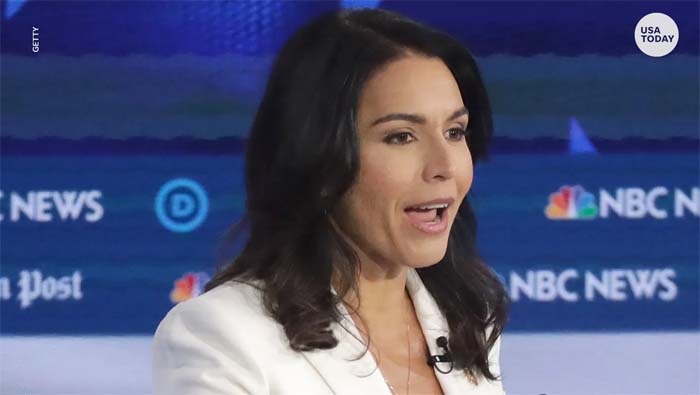 Democratic presidential candidate and Hawaii Rep. Tulsi Gabbard is suing 2016 Democratic nominee and former Secretary of State Hillary Clinton for defamation, escalating a feud between the two lawmakers after Clinton appeared to call Gabbard “a favorite of the Russians” last year.

In the lawsuit filed Wednesday in the U.S. District Court in Manhattan, Gabbard claims that Clinton made her remarks as “retribution” for the Hawaii congresswoman endorsening Sen. Bernie Sanders over Clinton in 2016.

“Clinton has not gotten over her loss in that election and still dwells on what happened,” the lawsuit says, adding that “Clinton blames many persons for her loss,” including Sanders. “But Clinton reserves a special hatred and animosity for Tulsi—who never endorsed Clinton, did not campaign for her, and to top it off, gave the nomination speech for Senator Sanders at the 2016 Democratic National Convention.”

For the full story, visit USAToday.com/Politics.