Yes, I said Christmas and I know it’s New Year’s Eve. I will confess to watching the 1964 stop-motion classic Rudolph The Red-Nosed Reindeer all throughout the year and most certainly every July, and to having a framed shot of Rudolph and his elf buddy Hermie — you remember him. He wanted to be a dentist — hanging in my house all year.

I will also confess that I’m writing this as I’m listening to Christmas music, surrounded by the glow of eight Christmas trees in my house. The Queen of Christmas herself, Mariah Carey, says she has six of them in her home this year. Just six? I wonder as I wonder: is Mimi even trying? 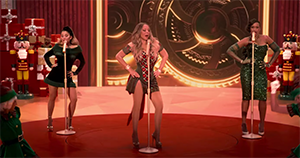 Speaking of Carey, she’s one of the couple of recommendations: if you’ve not checked out Mariah Carey’s Magical Christmas Special on Apple TV+, do so. I’d expected stirring music and holiday excess from the diva, and she didn’t disappoint there. But I didn’t expect a great storyline from the special, or the self deprecating comedic performance from Carey.

If you’re not an Apple TV+ subscriber, the service is available for only $4.99 per month (or free for a year if you buy an Apple device). Mariah Carey’s Magical Christmas Special features a host of guests including Tiffany Haddish and the entire Peanuts gang. You have to see the side-eye that Carey gives Schroeder for co-opting her “All I Want For Christmas Is You” on his little piano!

The special’s soundtrack is also available on streaming services, and features all new performances from Carey, including a riotous “Sleigh Ride” and a reverent update on her recording of “Oh Holy Night” from over a quarter century ago.

At 50, the old blond mare’s voice ain’t quite what it used to be, but what she’s got left places her head and shoulders over most people singing today, Try as they might, performance partner Ariana Grande couldn’t hang with Carey on “Oh Santa,” even resorting to a battle of the whistle registers while Jennifer Hudson looked on like a reindeer in headlights. 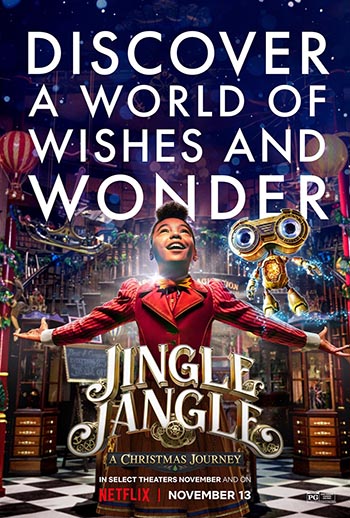 The other recommendation I have for you comes from another streaming giant, Netflix. Mull a little cider or pour a cocktail, gather the family up and watch Jingle Jangle: A Christmas Journey. Written and produced by David Talbert and featuring music from John Legend (who also serves as the film’s executive producer), the film showcases exemplary actors including Phylicia Rashad, Forest Whitaker, Keegan-Michael Key, Anika Noni Rose, and Ricky Martin.

With a cast like that, you’ll be as shocked as I was by the performance of newcomer Madalen Mills, in the role of Journey. The 11-year-old’s acting impressed me from her first scene, but when she opened her mouth to sing, within seconds I was thinking that we’re looking at the emergence of the next Aretha Franklin. And grab a tissue or two before you watch a scene with Whitaker and Rose.

And that soundtrack’s available too, if you join me in not being willing to let go of this Christmas music just yet!

We’ve been through a heck of a year, so treat yourself to a little more Christmas, right now! We’ve earned it!