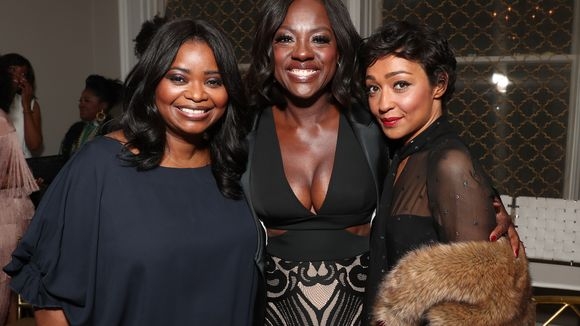 The Academy Awards aren’t until Sunday, but Viola Davis already has plenty to celebrate — like her BAFTA, Golden Globe, Critics’ Choice and Screen Actors Guild Awards wins for her powerhouse Fences performance.

Ahead of Hollywood’s biggest night, Davis stepped out at Alfre Woodard’s Oscars Sistahs Soiree. Instead of the colorful gowns she normally favors, the 51-year-old actress opted for a black dress with a patterned skirt and extra-deep V.

Davis showed off her dress’ side cutouts on the red carpet.