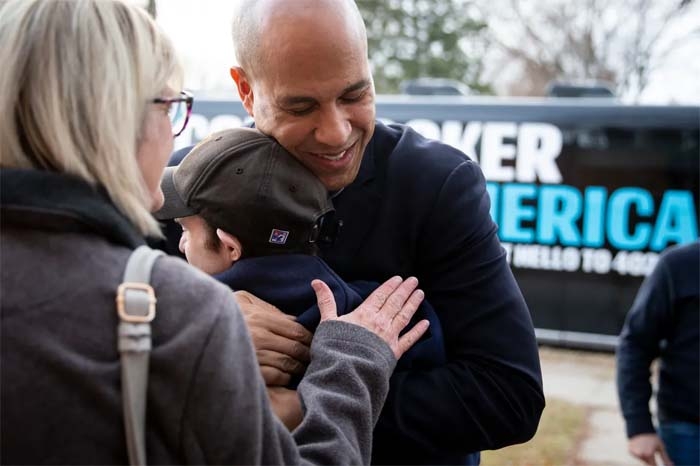 Amy Keiderling is exactly who Cory Booker’s presidential campaign is looking for as he seeks to build momentum in the final weeks before the Iowa caucuses.

The Waukee small business owner listened to Booker’s remarks in an Adel bowling alley recently — Booker’s first stop of a four-day bus tour across Iowa. She said he gives her the same feeling she had when she caucused for Barack Obama.

He’s the first candidate she’s seen in person this cycle, but before she left, she committed to caucus for the U.S. senator from New Jersey.

She isn’t alone. Tess Seger, a campaign spokeswoman, said Booker surpassed his 10% average of caucus commitments at each of his tour stops. Sometimes 20% or 30% of the crowd signed the commitment cards.

“We’re getting the people who are going to be caucusing for us, precinct captaining for us,” Booker told the Register on Monday. “It’s really exciting. This is how you win here.”

But, so far, Booker is a far short from the winner’s circle. In the latest Des Moines Register/CNN/Mediacom Iowa Poll, conducted in November by Selzer & Co., Booker earned 3% support among likely Democratic caucusgoers. He’s been at or below 4% in first choice preferences in the Iowa Poll since 2018.