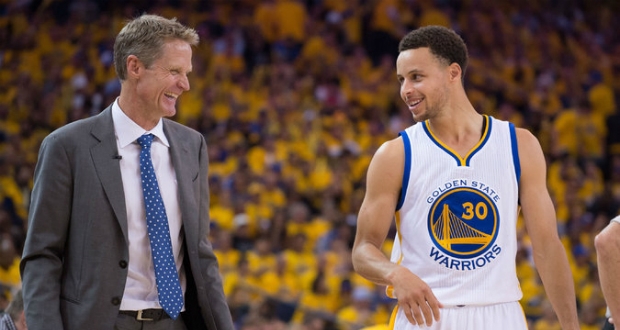 Despite some of the advancements made when it comes to addressing gay rights issues and equality in the NBA and major sports leagues in general, there is still a lot of progress that needs to happen.

Golden State Warriors head coach Steve Kerr told HBO’s “Real Sports” that, in order for there to be a culture shift in the NBA, more players will need to come out.

The coach also emphasized that he thinks the NBA should treat the use of homophobic rhetoric similarly to how they would address use of a racial slur.

“I think the NBA should treat it exactly how they would treat a racist word — it’s the same thing, it’s discrimination,” he told HBO Sports.

For the complete article, visit TheHuffingtonPost.com/Sports.