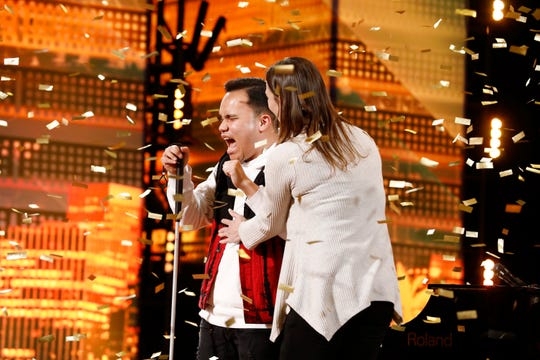 It is the time everyone has been waiting for: The live shows are here!

Only seven of the 12 acts will advance to September’s semifinals, adding more pressure for the remaining contestants to wow America. And the competition is stiff. Tuesday’s field included three Golden Buzzer winners – Kodi Lee, Sophie Pecora and Luke Islam – and wildcard Ansley Burns, who returned after her tearful elimination in the Judge Cuts.

Living up to the moment, however, wasn’t an issue for Lee, who judge Gabrielle Union said “changed the world” with his audition and did the same again Tuesday.

Lee, a blind singer with autism, performed a powerful rendition of Simon and Garfunkel’s “Bridge Over Troubled Water,” showcasing his vocal range and impressive piano skills.