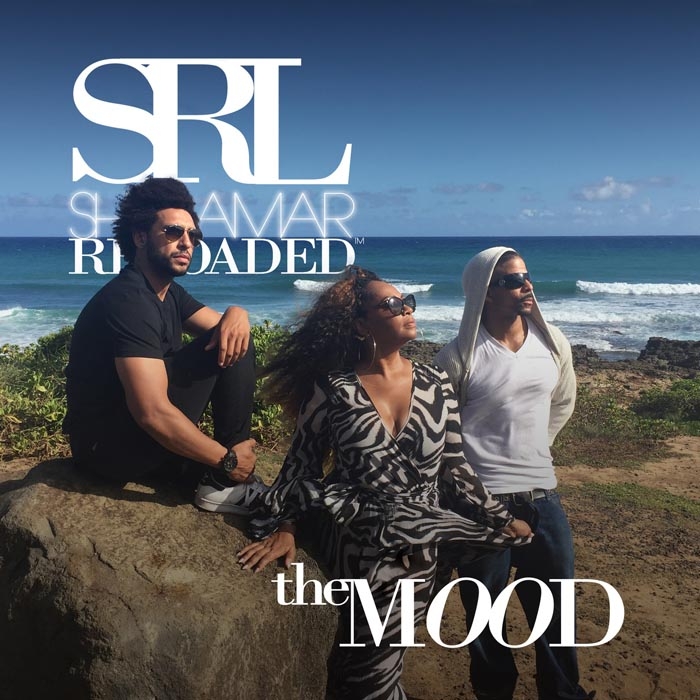 Jody Watley told me a few weeks ago that she had a few upcoming, “exciting” projects with her group Shalamar Reloaded.

Having just seen the group’s new video, “exciting” has got to be the understatement of the decade.

“The Mood” is a classic, throwback mid-tempo R & B jam that will be in my music library as soon as it’s available on iTunes on October 14. The video features a characteristically gorgeous Watley (does that woman age?), along with Rosero McCoy and Nate Allen Smith who both know how to strike a sultry pose.  The video’s majestic Oahu setting almost gives the three pretty people of Shalamar Reloaded a run for their money.

But the video’s showstopper is when the gloriously shirtless McCoy shows viewers just what kind of “mood” he’s in [SPOILER ALERT], as the camera pulls back to reveal his hot, tattooed male bedmate just before the two of them join an equally sexy woman in the shower.  And the shower door closes.

A brutha could use a little warning before he gets hit with all of that in the middle of the workday.  I almost scheduled a pregnancy test.  It is quite simply one of the sexiest music videos I’ve ever seen.  After watching it (three times), I got up and took a cool shower.  Literally. 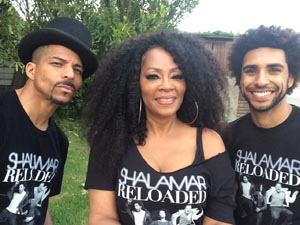 Watley has insisted for over a year now that Shalamar is “Reloaded,” but if you ask me, the group is actually cocked and ready to shoot.

Each of the members of Shalamar Reloaded had a little something to say as the single and video’s being released.

“I thought it would be cool if we had a groove that had a classic 90s vibe mixed with something contemporary and of course classic soul with a fresh spin on in,” said Smith, who cowrote the song.   “I came up with the idea in the shower, while we were doing concerts in Japan.”

The idea came to him in the shower.  What is it about Shalamar and showers??

“Nate and his friend Ben Selvey wrote a great, feel good song and that’s missing in a lot of music right now,” Watley said.  “To be able to film this video on location in Hawaii is such a gift — what an epic backdrop. My fans love seeing me being Jody Watley fabulous — so that’s what I’m giving!”

Of the video’s plot twist, Watley coyly said “It is open to interpretation.”

McCoy, who also directed the video, brings it all home.

“I wanted everyone to understand Jody’s vision for Shalamar Reloaded,” he said.  “A group that stands on its own.  Yes, we are inspired by a group that once was but we live in the now and we are excited about the opportunity to create new stuff and make our own mark.”

Uh, Rosero…trust:  your group’s mark has been made.   But what of that EPIC shower scene?!?

“The shower scene is who I am as someone who appreciates the beauty of both women and men,” he said.

Click here to watch “The Mood” and if you have a pulse, you’ll feel it just like I did!

If “The Mood” is a harbinger of what the group’s new Bridges LP will be like, I can’t wait for its early 2017 release!

This feature was written by freelance writer Michael P Coleman. Connect with him at michaelpcoleman.com or on Twitter: @ColemanMichaelP