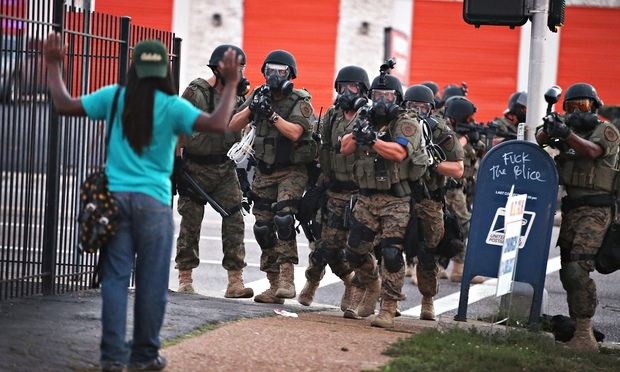 In response to the outcome in Ferguson on the decision by the grand jury to not indict Officer Darren Wilson, Executive Director, Brenda Darcel Harris-Lee of California Black Health Network had this to state on her personal Facebook page.

In the 1950’s in Los Angeles, California, my father was stopped and harassed regularly by white policemen for simply being a Black men on the street heading to an early AM shift at the Post Office. In the 1960’s, my boyfriend and I were harassed and demeaned by two white cops for being parked in a beautiful Hollywood park and simply talking – they insinuated that we were doing much more than that, but that was in their minds, not ours. They physically and verbally abused both of us. In the 1970’s, I was stopped in Nashville, TN on my way to a friend’s home, harassed, called a “nigger bitch” and threatened by a white policeman who did not like the fact that, “you are even allowed to be on this road.” It was a neighborhood in Brentwood, TN that was predominately white. I could recount similar experiences in the 1980’s, the 1990’s and in 2000 and beyond. Now in 2014, we are still dealing with the fact that Black folks lives in America simply do not matter!

I, nor my friends, nor my family, condone Black on Black crime. In fact we do not condone any crime. And we certainly do not condone looting and burning, especially in our own neighborhoods. Just makes no sense at all. But, we are particularly sensitive to the fact that the number of killings of black boys and men by white policemen whose job is to serve and protect, is escalating and that this practice is continuously condoned and has been for not just years, but for centuries. It was once called lynching; now it is “justifiable” homicide. Is burning, looting and destroying private property an appropriate response? No! Not at all. But, after 400 years of slavery, injustice, savage beatings and killings, Black women being raped and murdered, families torn apart and our children being killed for no reason, black folks are simply tired! And…we are tired of being tired!

I fight for social justice in health care on a daily basis. My Dad fought for social justice in financial institutions. My husband fought for social justice in New York during the 1960s. I know so many Black people who had tried to make a difference by working within the system. But the progress is painstakingly slow and the injustices continue to mount, our lives continue to be lost. The verdict in the Michael Brown case is more than a verdict about Michael Brown. It is an indicator of a badly broken system and a seriously sick society. It is just one more indication that Black people in America are thought of as less than human. It is one more injustice, indignity, inhumane response to an age-old problem. Reverend Al Sharpton said today that our legacy to Michael Brown will be new legislation. Well, I agree and, as a community leader, I will join the fight for legislative reforms that protect and uphold the rights of African Americans in this country. But, I am convinced that we need more.

America needs a genuine change of heart and mind. We have seen what racism did to this country in the 1800s. We have seen what it did in the 1920s, 1930s, 1940s, and in the 1950s and the 1960s. We are seeing what it has done since Barack Obama became the first Black President in 2009. What does it take to wake America up? What does it take to stop and recognize that people are tired and that they are not going to take this anymore? This is a new generation and believe me, they are not passive. They will not sit back and peacefully march like we Baby Boomers did. Michael Brown, Trayvon Martin, and the recent killing of a 12-year-old child with a toy gun by yet another white cop? If we don’t want to see this nation implode, then we had better realize it is time to work together and collectively address positive and sustainable solutions.

Together we must forge ahead and figure out ways to allow people of all races, ethnicities, and backgrounds to live, work, and play – together. Not all, but a vast majority of whites need to recognize that they have no choice but to change. Every single individual in this nation, except the Native American, can look back and see that their ancestors came from somewhere else. But Black folks were the only race that was brought to America against our will. Yet, we built the foundation upon which America stands – literally. We have fought besides bigots and racists to protect America and then come home to face even more blatant injustice. And we continue to feel pride in America and to honor this country which has so little pride in us and so little honor when it comes to us.

It is time America grew up. Stop this killing madness. Make the hard decisions like rendering verdicts that are based in truth and justice for all! End the genocide because that is what this is! Embrace our diversity and celebrate it. If we don’t, and if white folks keep committing the horror of genocide by killing our Black boys and men, I fear America will see much worse than isolated pockets of looting and burning. And while that would be very sad and unfortunate for America, that is not a threat; that’s an informed, historically-based, promise!