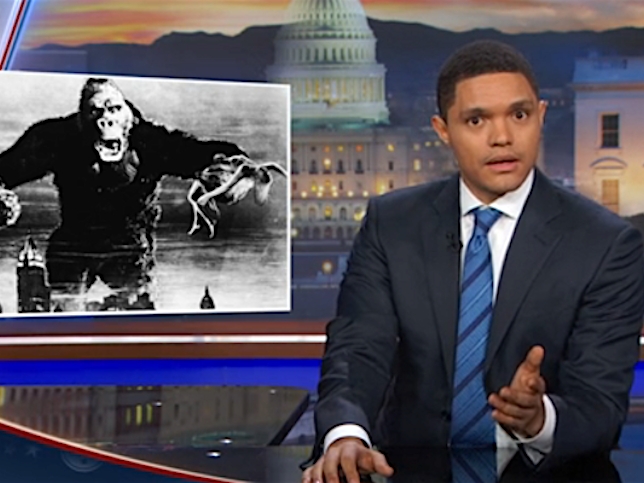 Think there’s no one like Donald Trump? Guess again.

On Wednesday’s Daily Show,” Trevor Noah highlighted a tweet by the GOP nominee that said his “shackles have been taken off” so he “can now fight for America” the way he wants to.

“Trump is like King Kong in that they both broke free from their shackles and like grabbing white women without asking them.”