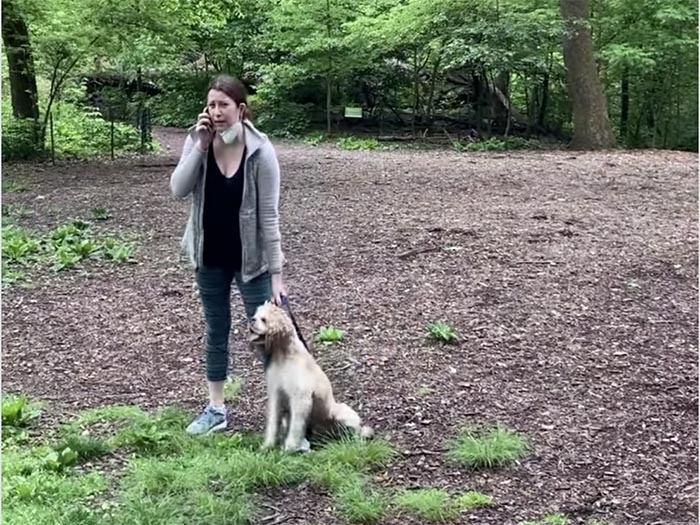 Photo by Christian Cooper via Facebook/Screenshot by NPR

A black man says he asked a white woman in Central Park to put her dog on a leash.

Then, video shows, she called the police and told emergency operators that the man was threatening her and her dog. The woman, who has been identified as Amy Cooper, has apologized. But by Tuesday afternoon, she was fired from her job at an investment management firm, the employer said.

The man who shot the video of the encounter, Christian Cooper, told NPR Tuesday evening, what the woman did was “pretty crappy without a doubt.” But, he wonders whether the response to her actions was “really proportionate.”

For the full story, visit NPR.org/National/News.