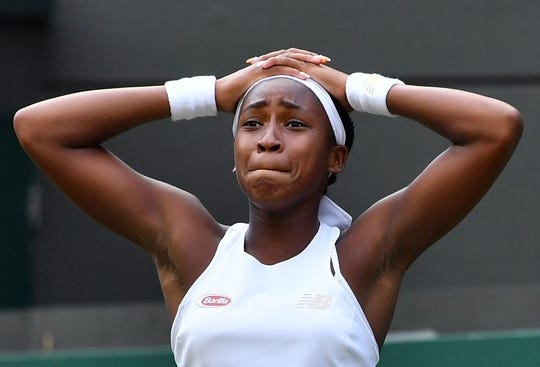 In her Grand Slam debut, 15-year-old Cori Gauff upset 39-year-old Venus Williams in the first round at Wimbledon on Monday. Gauff is the tournament’s youngest player, while Williams entered as the oldest.

Gauff, who goes by the nickname “Coco,” became the youngest tennis player to win a match at Wimbledon since 1991 — when Jennifer Capriati won at the All England Club at 14.

“Honestly I don’t really know how to feel,” said Gauff, who was ranked No. 313 in the world entering Monday, in a post-round interview. “This was the first time I ever cried after a match. While winning, obviously. … I never thought this would happen. I’m literally living my dream right now. And not many people get to say that. I’m just happy that Wimbledon gave me the opportunity to play.”

For the full story, visit USAToday.com/Sports/Tennis.