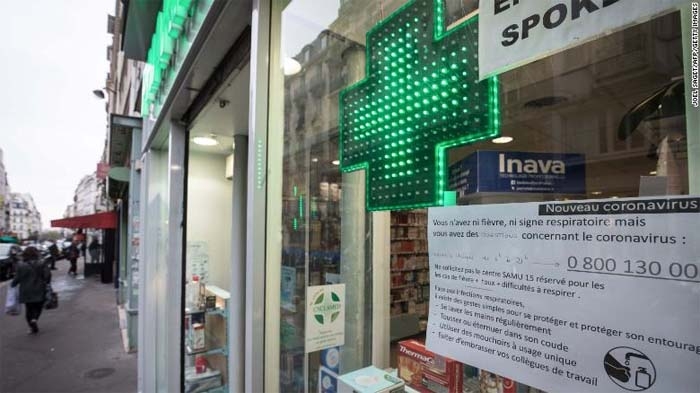 On Sunday, a woman walked into a pharmacy in the French city of Nancy, one of the few public places still open after the government imposed a nationwide lockdown to prevent the spread of a dangerous virus.

But the woman wasn’t there for medicine; she was there to tell the pharmacist that her partner had abused her. Soon after, the woman’s spouse was arrested by police.
As the coronavirus pandemic forces countries everywhere to take unprecedented steps to restrict the movement of their citizens, victims of domestic violence have suddenly found themselves trapped at home with their abusive partners. Some are unable — or too afraid — to call the police, experts say.
So France, inspired by a similar scheme in Spain, has started telling victims to head to drugstores. If they can’t talk openly in the store, they can simply say the codeword “mask 19” to the pharmacist behind the counter. The woman in Nancy was the first to seek help since the government launched the initiative last week, the spokesperson for Marlene Schiappa, the French minister for equality, told CNN.
For the full story, visit CNN.com/Europe/News.