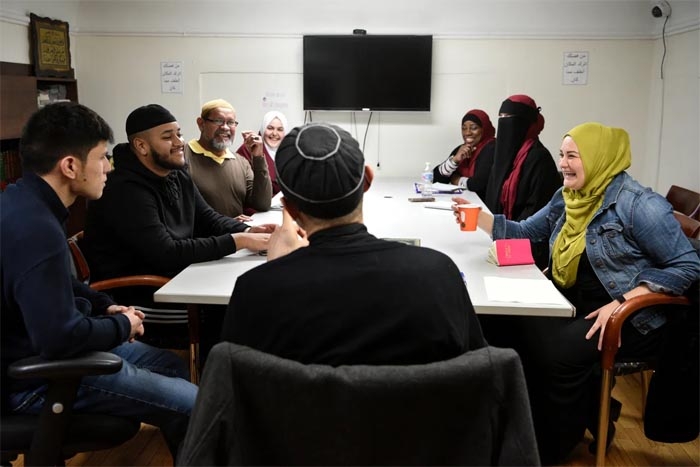 Luis Lopez battled nerves as he walked to the front of the crowded prayer hall in Union City with his son. Together, they repeated word-for-word in Arabic the Shahada, the profession of faith required to convert to Islam.

“There is no God but Allah, and Muhammad is the messenger of Allah,” they declared at the mosque, located in a columned brick building that once housed a Cuban community center.

For Lopez, the conversion and embrace by the congregation four months ago brought a feeling of peace and a recognition of how far he’d come from a life that nearly ended 22 years ago in gang violence.

“They told me, ‘Come to the mosque, you’re going to feel welcomed,’” said Lopez, 41, a truck driver and former professional boxer from North Bergen.

With their religious journey, Lopez and his 21-year-old son joined a growing segment of the Latino population who are leaving Christianity for Islam. About 8% of all Muslim Americans adults are Latino, according to a 2017 report from the Pew Research Center, increasing by about a third from 2011.

In interviews, Latino converts said they are drawn to Islam because of the intense devotion to God, a simplicity in faith and focus on community that they failed to find in their former faith. But their conversion often is not easy, as they break ties with family and their Christian upbringing.