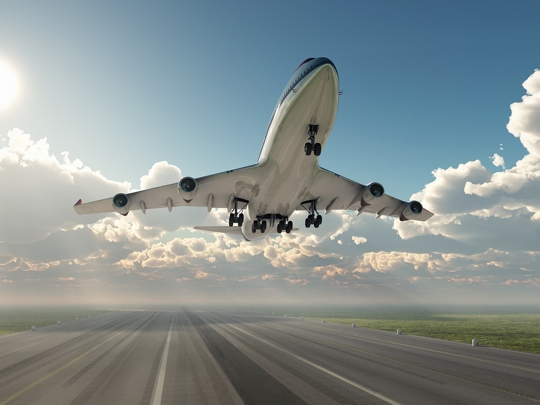 Recent college grads and job seekers under the age of 31 have only a week to fly into a job applicant pool for a well-paying gig that an official with one Southern California African-American aviation group calls the chance of a lifetime.

The Federal Aviation Administration, the national aviation authority of the U.S., is accepting applications from entry-level candidates across the U.S. for air traffic controller positions from August 8 to 15.

“There are ample opportunities because we are hitting another retirement wave both in air traffic control and airway transportation specialist,” he said. “We really want our community, African-Americans, know these jobs are out there.”

In a statement, the FAA said applicants for the position of Air Traffic Control Specialist-Trainee need to set-up an account on www.USAJobs.gov as soon as possible in order to apply for the highly competitive position.

“The agency expects more than 25,000 applications for approximately 1,400 positions during the seven-day job opening,” the statement read.

Good jobs are something black college grads across the nation are in short supply of. A 2014 study by the Center for Economic Policy Research revealed 12.4 percent of black college graduates between ages 22 – 27 are unemployed. For all college grads in the same age range the rate was 5.6 percent.

The San Diego-based Miles said the FAA is looking to particularly hire African-Americans in order to increase diversity amongst its workforce.

“There are very few of us, but we are working with the agency and our coalition to get the word out,” said Miles of the NBCFAE. “We want to increase the numbers of blacks in this field.”

The career aviation man said over 20,000 FAA jobs will be open within the next three to five years across the country. Miles said some of the positions including the air traffic controller role, pay upwards of $70,000 to $100,000 a year.

“As a new ATCS, you will spend your first several months of employment in an intensive training program at the FAA Academy located in Oklahoma City,” the statement reads.

FAA administrator Michael Huerta said in the newsletter the aviation authority “provides the safest, most efficient airspace system in the world and we need exceptional people to support our mission.”

Requirements for the job include being a U.S. citizen, being 31 or younger on Aug. 15, passing a medical examination, security investigation and the FAA air traffic pre-employment tests. Candidates must speak English clear enough to be understood over communications equipment and have three years of progressively responsible work experience or a Bachelor’s degree or a combination of post-secondary education and work experience that totals three years. Job inquirers must also be ready to move to an FAA facility based on agency staffing needs.

Miles said getting a job with the FAA should be something recent black college graduates seek to do. He said becoming an air traffic controller or air traffic transportation systems specialist ranks high on almost any jobs list.

“This is a golden opportunity,” Miles said. “It’s a wonderful opportunity for employment. These jobs because the pay and the benefits are so excellent.”

In fact, air traffic controller is a career in the in-demand fields of accounting, business, computer science and engineering, which have lower unemployment rates. Glassdoor, a jobs and recruiting website, said plenty of top-notch jobs are appearing in the technology, finance and professional services industries.

Mary Walshok, associate vice chancellor of public programs and dean of UC San Diego Extension, said in a statement that the careers show both the value of a college degree and also the need for specialized training as technology is continuously reshaping the job market and the economy.

“As Marc Andreessen recently opined, ‘Software is eating the world,'” Walshok said. “That fact is true in almost every top emerging career whether it be health care or marketing or financial analysis. It’s not enough to just know the fundamentals; you have to use technology to provide new insights.”