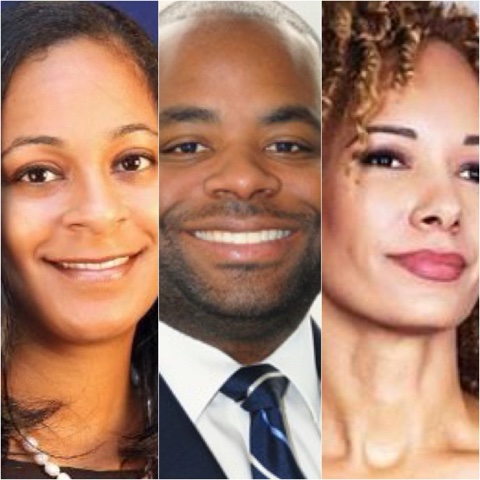 California Attorney General Rob Bonta last week announced the appointment of his executive team. Included are three African American attorneys with a range of administrative and litigation experience in the private and public sectors.

The trio joins 18 other members of California DOJ’s top personnel who will be setting the standards and determining the direction of the state’s law enforcement apparatus and criminal justice system.

Johnson will oversee the Divisions of Legal Affairs, Law Enforcement, Operations, Policy, and Technology. She will also preside over the Office of Solicitor General Opinion Unit, Equal Employment Rights and Resolution Office, and the Office of Program Oversight and Accountability.

With over 15 years of legal, law enforcement, and criminal justice experience, Johnson has served in senior staff roles in the Contra Costa County District Attorney’s Office, with the City of Oakland, and at the California Department of Justice.

“Venus is a dedicated public servant who is committed to the fair and equal administration of justice,” said U.S. Vice President Harris said after selecting Johnson for the Attorney General’s cabinet in 2013.

Brown will serve as a legal and policy advisor on civil rights. He has over 15 years of experience working with some of the most prestigious private law firms in California where he represented a diverse client base of public agencies and private businesses in a range of civil matters, including labor and employment, class action litigation, and constitutional and civil rights litigation.

Recently, Brown served as the City Attorney for the City of Compton where, as the chief legal officer for the city, he led an office of attorneys and staff responsible for advising Compton City officials on matters pertaining to their offices.

“I resigned as City Attorney on Oct. 15, 2021. Serving the residents of the great City of Compton has been a tremendous honor and I am proud of the accomplishments I was able to achieve during my tenure to protect the City’s interests, improve the structure and function of local government, and enhance the quality of life for all residents,” Brown stated on his Instagram account Nov. 1.

Brown’s experience includes serving on the State Bar Commission for Judicial Nominees Evaluation, as President of the John M. Langston Bar Association of Los Angeles, Inc., the oldest and largest bar association in California for African American attorneys and judges, and the California Association of Black Lawyers.

Brown earned a Juris Doctor from Vanderbilt University Law School and he holds a Bachelor of Arts degree in political science and African American studies from the University of California Berkeley.

Alley will be a high-level policy advisor in the development and advocacy of legislation. She joins the Attorney General’s Office with 20 years of experience working in the public sector. She was a principal consultant to California Senate President pro Tempore Toni G. Atkins (D-San Diego), working on legislation and issues involving public safety, policing, criminal justice, and gender and racial equity.

Prior to that, Alley was a Deputy Attorney General in the Office of Legislative Affairs for former Attorneys General Xavier Becerra and Kamala D. Harris. There, she assisted in the development of legislative priorities for the Attorney General, represented the department before the Legislature, and provided technical assistance and consultation to legislators and staff, committee consultants, and program staff.

Alley also was a Legislative and Communications Director for former Assemblymembers Rob Bonta and Sandre Swanson, after spending several years as a deputy with the Office of Legislative Counsel. She earned a Juris Doctor degree from the University of California Davis, and a Bachelor of Arts degree in political science and journalism from California State University Sacramento.

The DOJ has over 4,500 employees who are engaged in a variety of law enforcement and legal services. The department’s main offices are in Sacramento, Los Angeles, San Francisco, San Diego, Oakland, and Fresno.