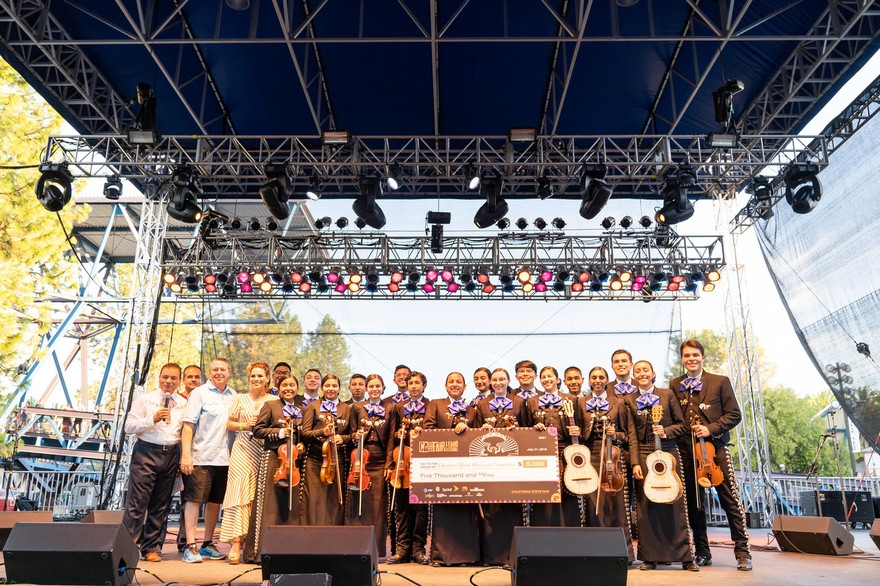 The California State Fair & Food Festival celebrated the end of an already strong week by drawing sellout crowds to the Golden 1 Stage during its second annual Youth Mariachi competition. The tournament, in partnership with Univision, featured an exhilarating competition between the state’s top youth mariachi teams and was followed by a vibrant performance from the world-famous mariachi group, Mariachi Vargas de Tecalitlán, performing as part of the Toyota Concert Series.

Of the nine competing teams from across the state, Los Angeles County’s Mariachi Tesoro de San Fernando took home and defended their title of “Best of the best in California,” for the second year in a row and performed on stage with Mariachi Vargas de Tecalitlán as they opened the show to a sell-out crowd.

“Mariachi music is a beloved cornerstone of Mexican culture whose sounds and rhythms have moved Californians for generations. Univision was proud to partner with the California State Fair to help keep this tradition alive through the 2nd Annual Youth Competition that brought nine of the state’s best mariachi to compete during an incredible night of culture and music,” said Steve Stuck, President and General Manager of Univision Sacramento.

All competitors and families received free admission into the California State Fair & Food Festival and were given the opportunity to enjoy the many rides and festivities the Fair has to offer.

More information about the tournament can be found here. For additional information regarding the Mariachi competition, contact the media team at 916-263-3108.