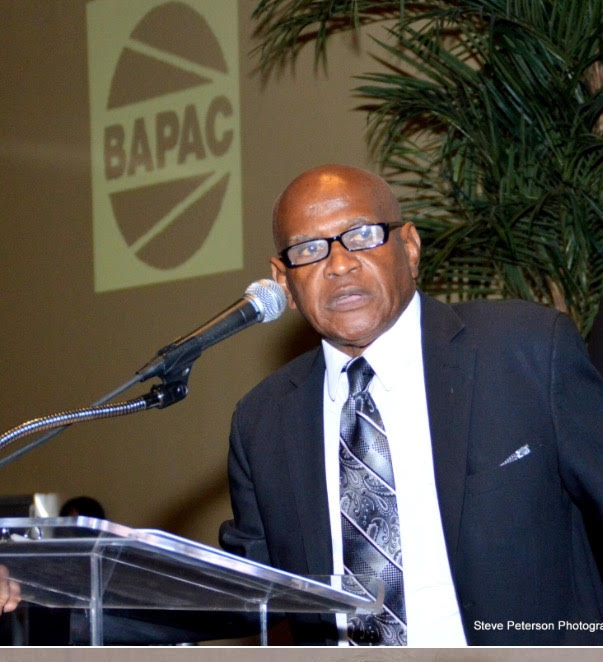 Dr. Blair,  a 40-year devotee to the Civil and Human Rights landscape, accepted his new position as BAPAC’s State President during a special election held at the October, 2017 Annual BAPAC Convention in Sacramento, CA.

Dr. Blair stated, “40 years ago BAPAC was an optimistic concept held by 50 or so statewide Black Activists, who felt that there was a great need for an organization that heavily dealt with the economic, social, and political advancement of African Americans living in the great golden state of California.  What was once merely a glass half full idea, over time became the fulfillment of the historic vibe once echoed by the great French philosopher Victor Hugo over a century ago who said, ‘there is absolutely nothing in this world more powerful than an idea whose time has come!’

“I submit to you today that the Black American Political Association of California (BAPAC) is indeed, an idea whose time has come!”

Dr. Blair holds a Bachelor of Arts Degree in Political Science, a Masters Degree in Business Administration, and a Doctorate in the Humanities. He has served two stints on Mayoral staffs on two separate occasions for the City of San Diego, and as a Staff Assistant for a California State Legislator.  He has held many positions to include President and Chairman of the Board of the Camp Lockett Association from 2009 to present.  He was also the Board Chair of the San Diego Chapter of BAPAC from 2008 until October 2017.

He retired in 2013 after spending 21 years as a Special Assistant in the U.S. House of Representatives.

He is a Vietnam Navy veteran and has a daughter, Debra, a Captain on active duty in the U.S. Air Force.

To learn more about the State Chapter of the Black American Political Association of California, please contact us at drwillieblair2@gmail.com, 619-962-3888.