With the vote on whether to allow Californians to spark one up legally three months away, a number of lawmen have spoken out against an initiative that if given a thumbs up by voters, would make recreational use of marijuana legal.

“It is a danger to our youth and the communities we have been sworn to serve,” Dominguez said adding that the cannabis initiative does nothing to prevent advertising and marketing use of the plant to children and teenagers near kid-centered businesses, community centers and parks.

Dominguez’s association joined 96 other groups, politicians, and community members that voiced displeasure with the proposition, which will be on the Nov. 8 election ballot. A bevy of police officials were among the Prop 64 dissenters including San Bernardino District Attorney Mike Ramos, who said the legalizing pot will not curb the black-market activity involving the drug in the state.

If Golden State voters approve the measure, individuals 21 and up would be legally allowed to possess and use as much as an ounce of marijuana for private and recreational purposes.

The act would establish a system to license, regulate and tax sales of cannabis, while allowing city governments to exercise local control over or disallow commercial distribution within their borders. The measure would also permit personal cultivation of as many as six marijuana plants.

The stance against Prop 64 by the law enforcement officials comes months after the secretary of state’s office verified over half a million signatures of Californians in support of the measure being on the ballot.

An early summer poll of African-American voters in the state by the AAVREP Project revealed that 52 percent of respondents were in favor of legalizing cannabis use. The legislature’s supporters include the Lieutenant Governor, a tech entrepreneur, retired law enforcement officials and more.

California NAACCP President Alice Huffman, a supporter of the legislation, said in a nine-minute video on the state NAACP’s website the federal government’s war on drugs resulted in some of the African-American community’s best and brightest being sent to jail with non-violent pot convictions.

“They cannot deny we have more children in foster homes than any race of people because many of the wives and women have been taken out of the home for these low level drug crimes,” she said.

“I would be happy if drugs were treated just as alcohol is treated, where just as wine is treated,” she said. “I would like to see all drugs reclassified and regulated.”

Dr. Lakisha Jenkins, CEO and Director of the Kiona T. Jenkins Foundation for Natural Health in Merced, is not in favor of the proposition. The natural health doctor said government officials do not have enough of a handle on California’s 20-year-old medical marijuana system and the laws pertaining to it to consider legalizing recreational cannabis use for adults.

“I’m a proponent for health and for patients’ rights,” she said. “I have seen in other states, such as Washington, where their entire medical industry has been stamped out by the adult use industry.”

The herbalist is concerned with how legalizing marijuana for recreational use will affect the amount of the plant individuals with health and trauma issues will get access to.  Jenkins said Prop 64 and a slate of bills passed by Gov. Jerry Brown last year to regulate medical use of pot put most of the control of whether to legalize the herb in the hands municipalities. The National Cannabis Industry board member said that has led to 49 percent of the state having a ban on commercial cannabis activity.

“It has been left up to the local cities and counties to decide what their process is on their ban,” Jenkins said. “Say you are a patient that needs to cultivate your own, so they pass a ban against cultivation, but that is the only way you can afford your medicine. You are now left in this gray area where you don’t have access to your medicine because it’s not economically feasible for you to have access or you risk going outside the law being able to cultivate your own.”

The doctor said local government officials must be educated on the health benefits of marijuana, and how its legalization would affect minority communities, especially African-American communities.

“Unfortunately allowing this law to go through without any clear-cut rules has kind of put local municipalities at an unfair disadvantage,” she said.

Oakland City Councilwoman Rebecca Kaplan believes her Northern California city has a handle on the state’s medical marijuana law. In May, Oakland’s city council voted in favor of not excluding people that have non-violent marijuana arrests on their record from being able to obtain permits to be a cannabis grower, manufacturer or dispensary owner.

“There is a great deal of concern in our community that after decades of black people suffering the worst from the war of marijuana that now it is starting to come to an end and people are going to make money on it,” Kaplan said. “First, black people get punished for it then don’t get that share of it when there is an economic opportunity in it. That would just be doubly unjust.”

The city hopes the new law brings a bevy of underground marijuana business to the light, and also creates more jobs and ownership chances for minorities. Currently only one of Oakland’s eight licensed medical weed dispensaries is owned by a black person.

Of debate now is a provision in the city’s law that reserves half the city’s medical marijuana permits for residents jailed on marijuana convictions in Oakland in the last 10 years, or lived for at least two years within six police beats in East Oakland where weed arrests were concentrated in 2013. To obtain one of these “equity permits,” an applicant must own at least a 50 percent stake in the proposed business.

Critics of the law say the permit system could hurt the people the city wants it to help because it is so restrictive it could slow down the city’s cannabis business, the jobs it could bring, and the tax money it could bring in. 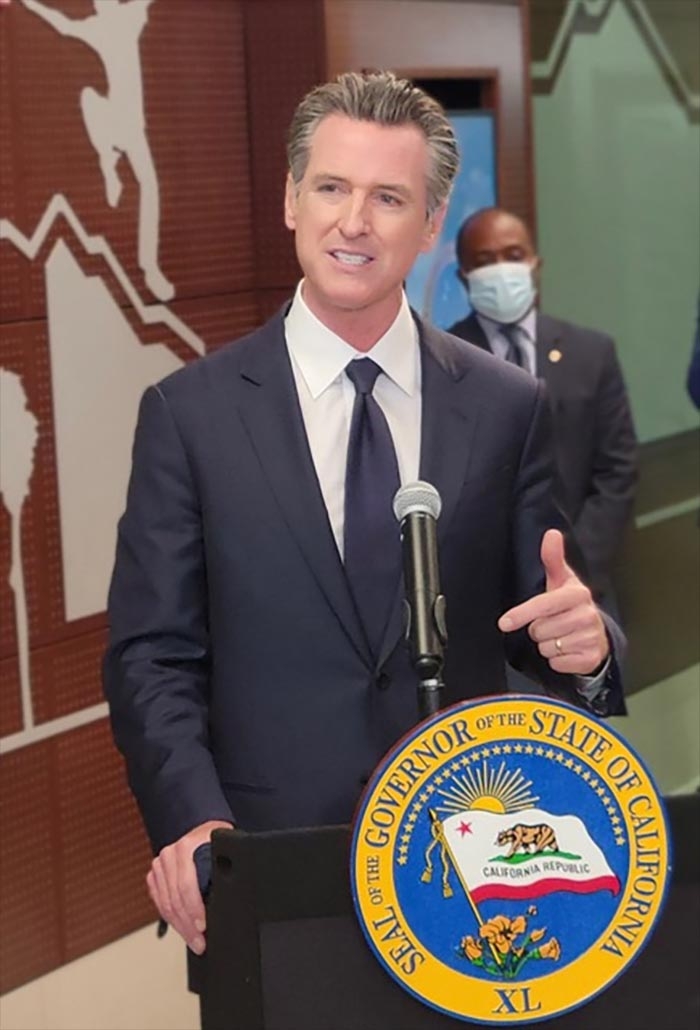