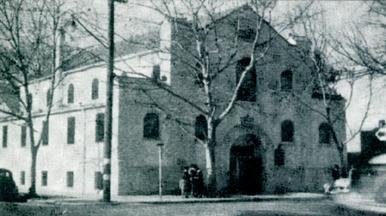 Beginning in the early 1850s, St. Andrews African Methodist Episcopal Church and Siloam Baptist Church (now known as Shiloh Baptist, which recently celebrated its 150th anniversary) formed the heart of the African-American community in Sacramento, and they are still central to the love that binds this community today.

African-Americans came to California in the early days as slaves, former slaves and freemen. Discussions for and against slavery and about fugitive slave laws were in the news daily. Free persons of color feared being captured by unscrupulous slavers and sold or resold into slavery. Their plight was worsened because California law then prohibited African-Americans from testifying on their own behalf against a white person. Seeking strength in unity to fight these adverse conditions, local African-Americans sought out safe places for mutual support, to come together to worship and to learn the latest news that affected their existence.

Prominent African-American Gold Rush pioneer Daniel Blue opened his home, near Fourth and I streets, as a house of worship to Sacramento’s earliest African-American residents. By June 10, 1850, they had organized St. Andrews A.M.E. Throughout the 1850s and 1860s, St. Andrews members were politically involved in their community through litigation, legislation and hosting a series of Colored Peoples Conventions. By 1863, using their churches as their center, African-Americans in California won the right to defend themselves in a court of law, made strides in overturning fugitive slave laws in the state and gained rights for their children to get a quality education while the rest of the country was embroiled in war.
In 1856, Siloam Baptist Church was formed. Newspaper accounts reveal that this church also became politically active and gave strong financial support to African-American issues. In 1861, Siloam, then at Fifth Street between N and O, was destroyed by fire. Because the church had been supportive of an African-American schoolhouse, Ungraded School No. 2 Colored, city officials gave permission for the church to use the schoolhouse as a place of worship.

For the complete story, visit SaMag.com/SacramentoMagazine.