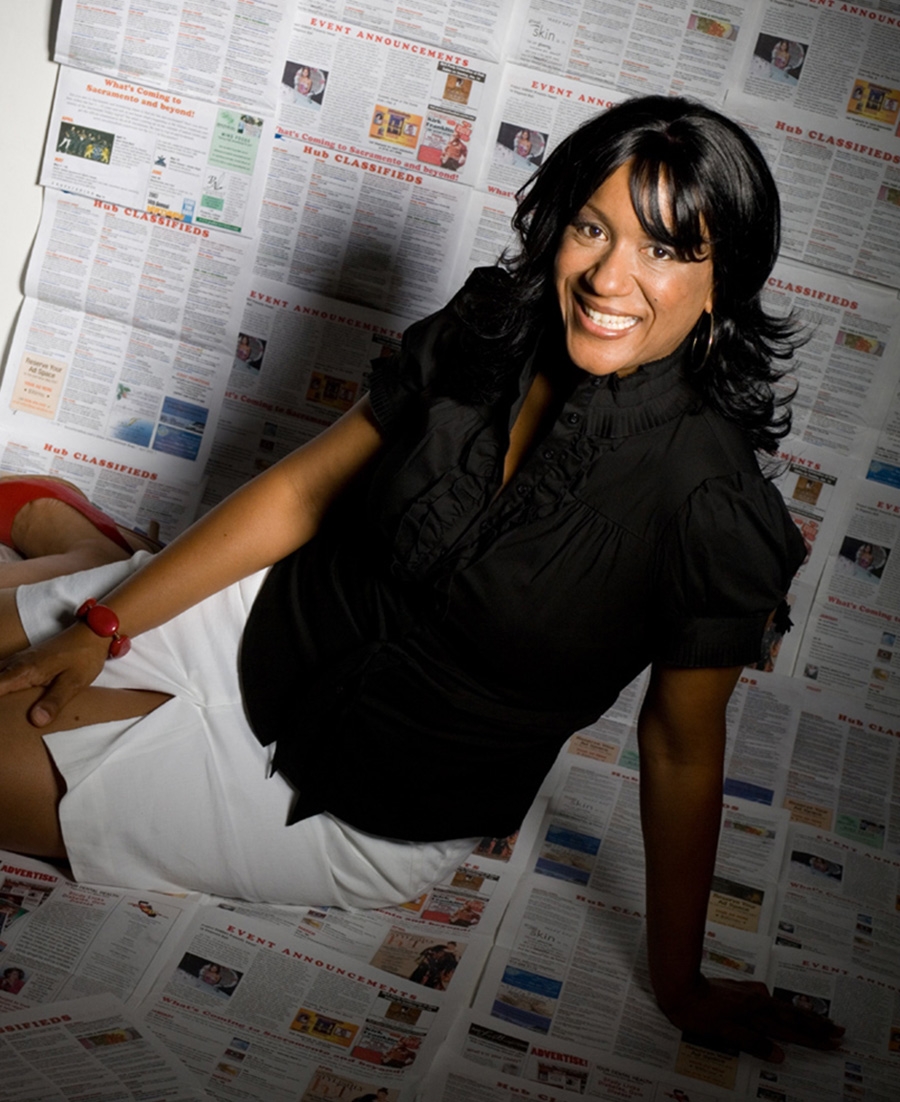 While Mark Zuckerberg was building Facebook at Harvard in 2004, Pleshette Robertson had launched Sacculturalhub.com in March 2002 changing the landscape of the Greater Sacramento Valley Region in how African Americans would be perceived and communicate via e-mail, on the Internet and in print. As featured in the August 2007 issue of the Sacramento Magazine by Dayna Dunteman: “In March 2001 Pleshette Robertson, a newly arrived Bay Area transplant and former employee of Stanford University School of Medicine, made a habit of hanging out at the South Sacramento beauty salon (Another Look Beauty & Barber Salon) where her sister had just landed a job as a stylist.  There, Robertson observed a custom widely practiced among African-American salons and barbershops, where getting the 411 on everyone’s plans for the weekend is well worth the price of a shampoo.  This informal exchange over cuts and colorings was sometimes the only way people in her community heard about local happenings.  Robertson was inspired to create a centralized spot where everyone could access information about community events. In November 2001 she created a four-page newsletter, which in March 2002 transformed into a website. Sacculturalhub.com began the adventure of celebrating the urban lifestyle of African-Americans in the capital region and serving as a virtual information kiosk for black-oriented movies, concerts, theatrical performances, art exhibitions, sporting events, festivals and black-owned businesses and entrepreneurs.

Robertson celebrates 15 years in business as the first Black woman in Sacramento to establish a multi-tiered minority women owned media enterprise–Sacculturalhub.com Media Company. Sacculturalhub.com is now the #1 premiere and leading source for African Americans searching for Black urban entertainment news in Northern California and beyond. The Sacculturalhub.com website launched in March 2002 and provides an Internet platform of a variety of multicultural events, career profiles on various people, and business services. The website currently receives over 2,000,000 hits each month.  Join us for Sacculturalhub.com’s 15th Year Anniversary Celebration HAPPY HOUR Happy Birthday Party on Thursday, March 30, 2017 from 5:30 pm to 9:30 pm Ambiance – The Capital Club in Old Sacramento – you must RSVP online at: https://sachub15thanniversarybirthdayparty.eventbrite.com

In February 2006 Robertson developed and implemented a signature publication to complement the website, THE HUB: Urban Entertainment & Lifestyle Magazine, with the assistance of Phil Givant and the late Ken Fears of Tree of Hope Funding who were instrumental in supporting the long-term vision of Sac Cultural Hub Media Company.  The partnership created a highly credible resource of up-to-date diversified news and is now well-connected in local communities of the Greater Sacramento Valley Region, throughout California, and an extended reach to Las Vegas, Arizona, Atlanta, Houston and in the East Coast.   The website and Magazine caters to an affluent market and working class families of the African American community between the ages 24-54 years old. Sacculturalhub.com is the most popular urban tourist attraction of exciting things to do, where to go and people to meet in the Sacramento.  For the last 15 years Sacculturalhub.com has been known as the #1 grassroots multi-media organizations in the Greater Sacramento Valley Region.

I would be REMISSED to not mention a significant partner, TEA Consulting & Event Planning, who set the stage of taking Sac Hub to higher heights of presenting events in Sacramento such as the Hub Choice Awards, the EWOC Conference and Black Physicians Forum. THANK YOU to TEA Consulting and her wonderful team of professional consultants: Michael Blair, Gina Banks, Talisha Gaines, Dennis Austin, Tia Madkins, William Ursery & Casanya Ursery, Jeff Franklin and Cheryl Franklin.

Robertson became a Certified Enrollment Counselor in the Fall of 2013 to serve in the community to help educate and enroll residents in need of affordable health insurance programs under the Affordable Care Act through Covered California.

While at the same time Robertson was building her business, she was employed at with UC Davis Medical Center starting in April 2001 and later resigning from her position as a Contract Administrator in the Facilities Design and Construction Department in March 2007 to work full-time in her own business—Sacculturalhub.com.  While employed with Stanford University for 13 years (beginning her administrative career at the early age of 19 years old), Robertson received gratification from helping others to get the resources and information they needed within the community.  During her employment in the School of Medicine, she redesigned the medical student monthly newsletter and was the managing editor for 5 years. Robertson also served on the committee to redesign the School of Medicine annual Catalog after being the coordinating editor for 3 years. Outside of work she found passion in advising relatives, co-workers, friends and families on how to achieve their personal, financial, and career goals. Through developing Sacculturalhub.com, Robertson receives an ultimate wealth of gratitude, strength, and endurance for succeeding at exploiting the talent, skills, and creativity in African Americans of Northern California.

Robertson holds a B.A. in Business Administration from San Jose State University and is the mother of 3 beautiful daughters and also a grandson.  While pursuing her college career and raising her three daughters as a single parent, Pleshette received several scholarships: Women in Business Scholarship from the Mt. View Chamber of Commerce (October 2003), Stanford Hospital Auxiliary Scholarship (1994 and 1997) and the Changing Times Chapter American Business Women’s Association (May 1997).

Roberson was also very much involved in community service while living in the Bay Area.  In 1998 she organized an adult computer training program in Sunnyvale where she taught residents in low-income apartments how to use Microsoft Word.  She served as the secretary and events coordinator in the St. John Children’s Department in East Palo Alto from 1994 to 1998.  Pleshette also created a nonprofit organization, Community Connections to Success, where she recruited volunteers to coordinate workshops to provide job development and college preparation programs for minority and underprivileged youth in 1995.

During my final 2 years in college at San Jose State (upon receiving my B.S. degree in Business Administration in May 1999), I worked part-time at Stanford University in the School of Medicine, and was raising 3 small children as a single parent.  This was a difficult and most frustrating time.  I can remember a time in the year I was graduating from San Jose State – Spring of 1999 – I had a crying spell of total despair at the thought of not completing my degree (the final exams, student presentations, and homework was all just getting to me and I was so filled with anxiety). One morning on my way to school, I had pulled over to the side of the road to park before going to class and just cried with fear but also with joy because I was almost there.   I had dreams of being in business for myself and back then I knew I would be good at being a consultant of resources – because I loved to collect information.  I found myself always being able to provide information and helpful resources to my friends, relatives and co-workers (about job opportunities, career workshops, affordable housing info).  I did a lot of reading and I always was picking up info from community centers.  Before moving to Sacramento I had lived in a subsidized housing apartment and wished or wanted so badly to buy my first home at the constant encouragement of my grandmother.  I started writing down my wishes and goals in a journal in the year of 2000 about things I wanted to do as far as purchasing my first home and being able to provide for my family with working a full-time job as well as working a side gig of my own (that’s a part-time job on the side) to bring in extra income.  My sister would always say to me, “Plee (that’s my nickname) you should step out on faith and be in business for yourself, look at me, I’m self-employed as a Hairstylist and I’m doing it”.  You can do all this stuff on the computer with typing up resumes, creating newsletters, and handbooks for workshops. This is what you should be doing on your own for people who will pay you.”  She would also say, “You must use your skill and talent and bank on it!” When I was able to finally purchase my first home in Sacramento in March 2001, I thought I had moved to the “land of milk and honey”.  I had realized that if I wanted to make things happen, pursue my own business, I could do it right here in Sacramento.”

For more info about how to reach Pleshette Robertson, contact (916) 234-3589 or e-mail contact@sacculturalhub.com 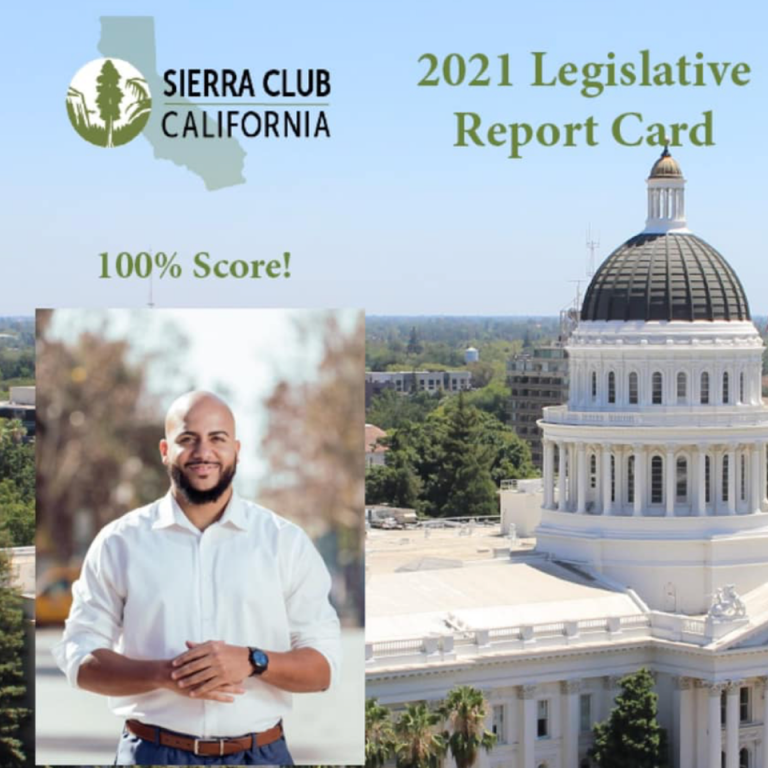 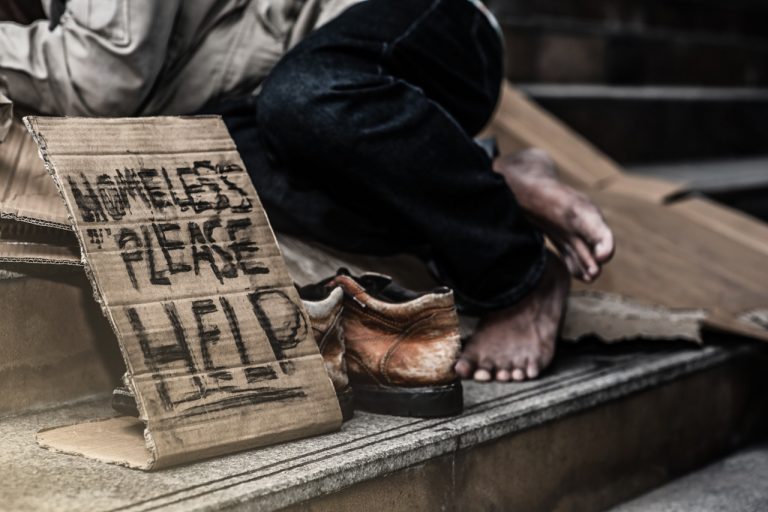