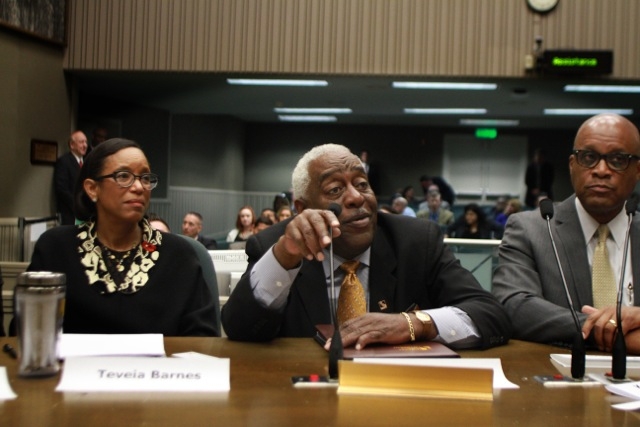 Last Tuesday, the California Assembly Committee on Jobs, Economic Development and the Economy held an oversight hearing on the Governor’s Office of Business and Economic Development, also known as GoBiz. According to the committee agenda, five years have passed since the office was created.

Lawmakers were eager to hear progress.

While many presenters applauded the efforts of GoBiz, the hearing hit a sour note when California Black Chamber of Commerce President Aubry Stone described the bleak situation of African-American business in the state.

Stone said Black businesses employ less than two people per company and that these numbers are reflect the African-American unemployment rate, which is twice the state’s average. Stone also told attendees that no one from GoBiz had ever contacted him to discuss the Black business climate.

“I have had no official contact from anyone from these agencies that are dedicated to economic development,” said Stone. “I recommend the formation of some type of review panel to find ways to reduce this embarrassing economic gap that currently exists.”

In response, GoBiz’s Executive Director of Infrastructure and Economic Development Teveia Barnes apologized for not reaching out to Stone prior to the committee hearing.

After Barnes’ apology, some lawmakers on the committee asked follow-up questions about the agency’s relationship with Asian and Hispanic chambers of commerce. GoBiz’s small business advocate Jesse Torres responded that he knew and had a relationship with other groups.

Torres’ admission sparked criticism, although he promised to make a better effort to connect with the chamber in the future.

“I am disappointed … I don’t see how this is rocket science,” said Assemblymember Mike Gipson (D-Carson) expressing concern. “You just said a moment ago that you gather chambers together to have a dialogue and conversation.” 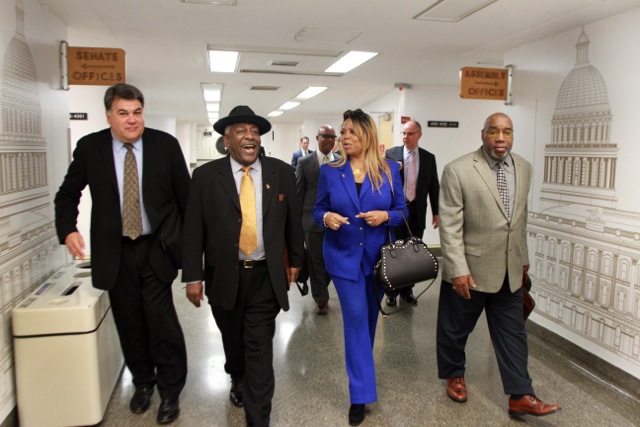 Clearly frustrated with GoBiz’s responses, Gipson stressed his disappointment that Barnes was just meeting with the Black Chamber for the first time. Gipson also wants to check in with the banking committee to determine why some banks aren’t participating in lending programs.

“You are right. I should have met Mr. Stone before today,” said Barnes. “We have already made arrangements to get together and continue our conversation.”

Committee Vice-Chair Young Kim (R-Fullerton) closed the hearing on a more positive note, comparing the committee hearing to her experiences as a mother. She said from time she has to sit down with her children to tell them they are doing a great job, but ask what more can be done?

“That is how I see what this hearing was today” said Kim. “ I know you were already doing the work and a good job, but we needed to see how you can do better.”

The committee requested a follow-up hearing with GoBiz. As of press time no date has been set.