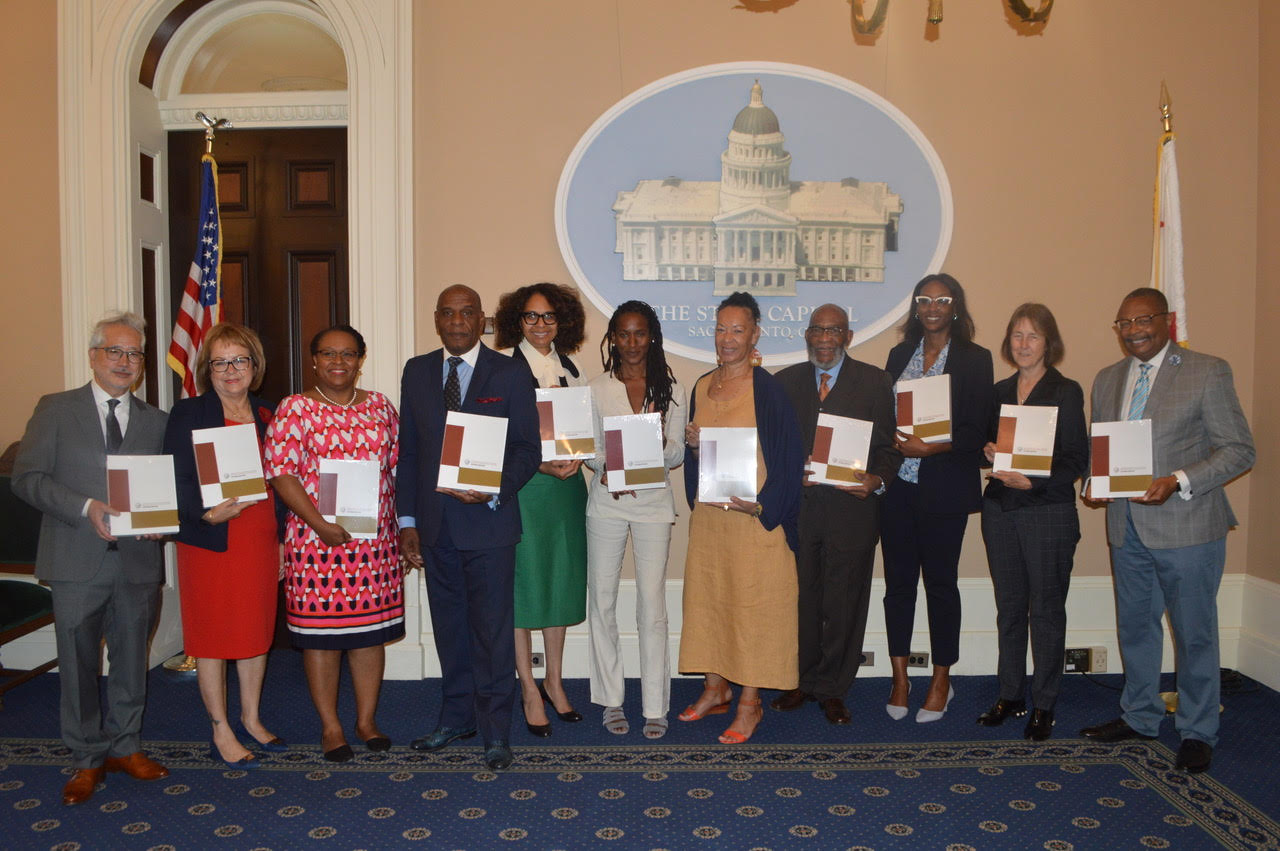 Several members of the California Task Force to Study and Develop Reparations Proposals for African Americans received a standing ovation from constituents of the State Legislature last week for their work over the last 12 months.

During the opening of legislative sessions at the State Capitol in Sacramento on June 16, members of the Senate and Assembly participated in the gesture that coincided with the kickoff of the state’s official Juneteenth 2022 commemorations.

“The task force, without a doubt, is probably one of the most important task forces not only in the state, but this nation, dealing with the horrors of slavery,” said Sen. Steven Bradford (D-Gardena), chair of the California Legislative Black Caucus (CLBC). “This task force is a reflection of California’s leadership and progressive nature that made a commitment to help bridge racial division and advance equity.”

Bradford, who was appointed to the task force by Senate President Pro Tem Toni Atkins, made his remarks on the Senate floor after fellow task force panelist Assemblymember Reggie Jones-Sawyer (D-Los Angeles) delivered similar comments in the Assembly chambers.

Seven of the nine task force members and staff from the California Department of Justice (DOJ) were recognized at the event.

Attorney Don Tamaki, Esq., an attorney best known for his role in the Supreme Court case of Korematsu v. the United States and the only non-Black member of the panel, was also in attendance.

Task force members Monica Montgomery Steppe, a San Diego Councilmember and Dr. Jovan Scott Lewis, chair of the Department of Geography at the University of California Berkeley, could not make the trip due to prior commitments.

Several members of the CLBC attended the function, which coincided with the passage of resolution in recognition of the Juneteenth holiday in the Assembly.

The Task Force first convened on June 1, 2021, to conduct an examination of the lasting consequences of discrimination against freed slaves and their descendants.

Under Assembly Bill (AB) 3121, authored by then-Assemblywoman Shirley Weber, who is currently Secretary of State of California, the nine-member panel is charged with making recommendations for how the state can compensate Black Californians who are descendants of enslaved African Americans.

“The information in the interim report reveals uncovered facts about incidents that disproportionately and negatively affected Black Californians in California for 170-plus years and the country for the last 400 years,” Grills said.

“Until we have a reckoning with the truth, we cannot understand who we are as a nation. When we then begin to have that kind of reckoning, I think the specific manifestation of the harm will be easier to deal with and we will actually have an opportunity for transformative change,” Grills continued.

Over the next 12 months, Moore told California Black Media (CBM) that the task force will focus on bringing increased awareness for the interim report, community engagement, and formulating a framework of how California should compensate around 2 to 2.6 million Black Californians.

“It’s important that the California legislature understand how important this effort is,” Moore told CBM. “This past year we’ve been working incredibly hard. The next (12 months) I categorized it as the development stage where the nine-member task force has substantive and intentional conversations about what reparations should look like.”

Video link of Sen. Steven Bradford and Dr. Cheryl Grills at the state capitol in Sacramento: