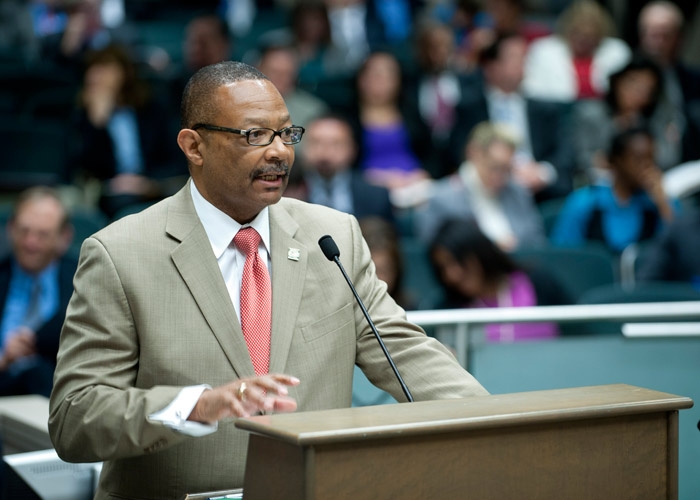 We’ve all learned in school about the long struggle for civil rights in this country.  We know about the historic victories of the NAACP.  We know about trailblazers like Supreme Court Justice Thurgood Marshall.  We know the heroes of the Civil Rights Movement who led sit-ins and faced violence and death for equality, before Dr. King’s dream became Barack Obama’s historic Presidency.

While the journey to justice continues and progress has been made, when it comes to the complex supply chain that feeds hundreds of millions of Americans every day, the sad reality is that minorities in our food supply chain still struggle for fair and decent treatment on the job.

Think about the actual food supply chain.  White waiters and grocery clerks make more than workers of color who remain out of sight cooking, washing dishes or stocking shelves.

Along the winding process that brings food to us; the grocery worker, the food packer, the meat cutter and virtually everyone who touches the food we eat, are all paid overtime when they work longer than a full eight-hour day, with one glaring exception.

Overwhelmingly, it’s people of color who actually pick the food or milk the cow; the farm workers who are almost all Latino today and were almost all Black yesterday.  And today, like yesterday, they remain the only workers in California’s food production chain who don’t get paid overtime after 8 hours and are denied rest after six days of labor.

When the Fair Labor Standards Act was adopted 78 years ago, Southern farmers forced a special exemption to make sure that Black farm workers weren’t included in its protections.  They worked without overtime or other protections even as they were often expected to toil in the fields “from can’t see to can’t see,” starting before the sun came up and working until after dark.

As the Black farm workers of those days gradually became the Latino farm workers of today, the shade of skin color changed a little, but the law didn’t.  The legacy of those ugly compromises generations ago still lingers on our farms today.

We’re going to change that this year in California.  Assembly Bill 2757 will remove overtime, meal break and wage exemptions that have left farmworkers unprotected for decades, finally treating everyone equally who works hard each day to keep us fed and healthy.  This isn’t only a Latino issue today, just like it wasn’t only a Black issue yesterday.  It’s an old, ugly racism issue that doesn’t belong in California law, and this year we’re going to fix it.

Assembly Member Reginald Byron Jones-Sawyer Sr. is a Democrat representing areas of Los Angeles, including the communities of Huntington Park, Walnut Park and Florence- Firestone. He is the current Chair of the Assembly Public Safety Committee and the immediate past Chair of the California Legislative Black Caucus.