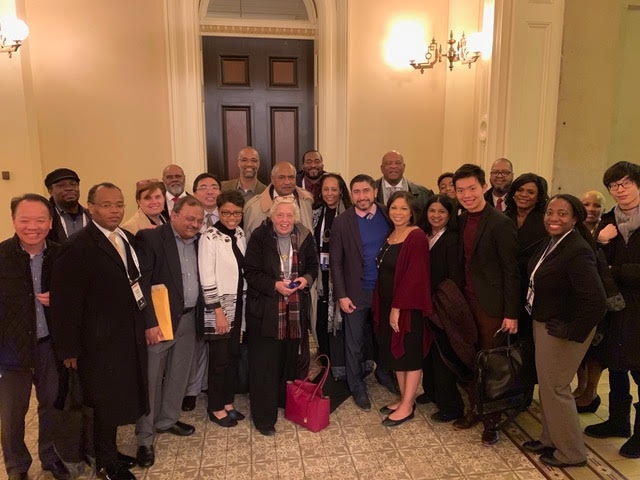 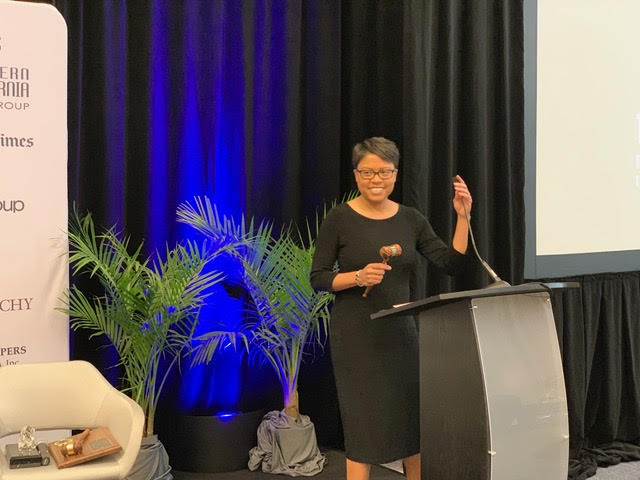 Riverside-based publisher of the Black Voice News, Dr. Paulette Brown-Hinds, was recently sworn in as the first African-American president of the California News Publishers Association (CNPA). The 131-year-old organization, headquartered in Sacramento, represents more than 400 newspapers across the state.

The CNPA installed Brown-Hinds at its annual conference on February 6, 2019. Over a hundred California media professionals – from major big city dailies and small campus weeklies to historical Black, Latino and Asian outlets – attended the gathering. This year’s discussions touched on issues facing minorities in the upcoming 2020 Census. It also tackled sticky, longstanding media industry problems and pulled apart laws that could impact news operations across the state in the future.

“We have always valued the work CNPA has done on behalf of the industry,” Brown-Hinds told her colleagues in her inaugural speech as President.  “The work that the Black Voice News has done over the years is impactful work in the community that changed lives, policy. I knew it was important for me to do this as well.”

Taking the helm of the CNPA is history-making not only because Brown-Hinds is the first African American and ethnic minority to lead the influential statewide organization. Her personal and family history of advocacy and community service brings a certain grassroots heft that has the potential to benefit the organization as it takes on major legislative issues facing the media across the state in 2019. She is also a professor at the University of California Riverside, and board member of the James Irvine Foundation.

“[Paulette] is a fearless leader. She’s not afraid to confront complex issues. She never stops working and is a shining example of diplomacy,” said Ron Hasse, immediate predecessor.

“Part of our mission,” she said.  “is giving voice to the voiceless. That is why I appreciate the press, in particular the Black press, because it is rooted in advocacy.”

As Brown-Hinds takes the helm of the CNPA, she faces a number of important policy issues that California newspapers have the responsibility to unpack for their audiences across the state. One of them is the upcoming 2020 Census.

This years CNPA conference dedicated a panel discussion to exploring the details of the decennial census.  The Trump administration’s decision to add a citizenship question to the 2020 national population count was a hot topic. Panelists explored how that decision may or may not impact the participation of minorities, immigrants and undocumented people in California.

The panelists also talked about how Census enumerators in the past have undercounted ethnic minorities and other “hard-to-count” populations in California and other states by millions of people. Those inaccuracies could result in the loss of billions of dollars in federal funding and even cost California a seat in the U.S. House of Representatives. During the,2010 Census, about 200,000 minority children in California alone were undercounted.

“Power comes from numbers. Power comes from data. If your numbers are wrong and your data is wrong, it undermines your power,” said Arturo Vargas, the Chief Executive Officer of NALEO Educational Fund. His organization is a national non-profit that promotes the participation of Latinos in civic life.

The way the Census Bureau will categorize and sub-categorize people by  race  on next year’s questionnaires may also pose problems for some Asians, Blacks, Latinos and other minority groups. For example, People of Arab descent from places in North Africa and the Middle East like Egypt, Syria and Morocco will be counted as White. Afro-Latinos from places like the Dominican Republic will only also be able to only identify as Latino – with no option to choose Black.

The NAACP has filed a lawsuit in Maryland arguing that the 2020 Census is designed purposefully to undercount Blacks, Vargas told the media professionals in the room.

Ditas Katague, the Director of the California Complete Count Office, was a panelist as well. She has also served on the U.S. Census Bureau’s National Advisory Committee on Race, Ethnicities and Other Populations

Having worked on three censuses in the past, Katague sees the problems looming with next year’s count in California. She approaches them, though, with a surprising sense of confidence. She is familiar with the process and has decades of experience working with minorities and the media across the state to successfully increase participation.

After the 2020 census, she told the journalists in the room, “What I want to see is that California achieves a complete and accurate count and we outpace the entire country.”

In an effort to reach that goal, Katague’s organization plans to spend tens of millions of dollars partnering with California media, including ethnic media who she says “hard-to-count” minority populations trust.