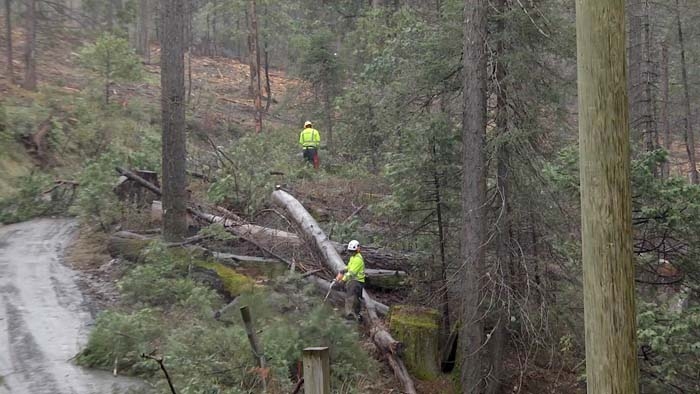 SAN FRANCISCO, Calif.—As part of its effort to reduce wildfire risks, Pacific Gas and Electric Company (PG&E) customers in some areas will see increased work to prune or remove trees, as well as reduce vegetation and brush near and under PG&E power lines. This work is being done to enhance fire safety, as a precautionary measure intended to reduce the risk of wildfires and to comply with new state regulations in high fire-threat areas.

New fire-safety regulations, adopted by the California Public Utilities Commission (CPUC) in December 2017, require utilities to maintain greater minimum vegetation clearances to increase the safety of overhead power lines in high fire-threat areas. The new standard requires 4 feet minimum distance between trees and power lines in these areas year-round, where previously this was required only during fire season. In some cases, the 4 feet of minimum clearance is an increase from the previous requirement of 1.5 feet.

“At PG&E, nothing is more important than public safety, and the safety of our employees and contractors. We support the state’s effort to develop new fire-threat maps and fire-safety regulations and are working hard to complete this important safety work,” said Kevin Dasso, PG&E vice president of Electric Asset Management.

PG&E contract arborists will inspect vegetation for compliance with the new state regulations and schedule any necessary tree work. During these field inspections, PG&E contractors routinely notify customers regarding work to be performed, including those who live in areas with the increased clearance requirements. This may require PG&E to prune and cut back tree limbs or remove trees the company has not previously worked on as part of its vegetation management program. Inspections and work will occur in the CPUC High Fire-Threat District (HFTD). PG&E is scheduled to complete the first phase of this work by September 2018.

In addition to the increased clearance work, PG&E will be working in some high fire-threat areas to reduce vegetation and brush near or under its power lines that can act as fuel in case of a wildfire. This work, part of PG&E’s Community Wildfire Safety Program announced last week, will provide access for emergency responders including CAL FIRE and local fire departments responding to wildfires. PG&E’s efforts will maintain existing fuel breaks and create new ones in some cases. This fuel reduction work will occur primarily in CPUC-designated extreme fire risk areas.

Since 2014, PG&E has added enhanced measures to address areas particularly affected by drought and bark beetles including: