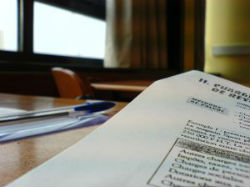 More Sacramento City Unified School District (SCUSD) students are graduating from high school and fewer are dropping out, according to data released by the California Department of Education earlier this month.

In an official press release, SCUSD says more students also are graduating having completed all coursework necessary for admission to a UC or CUS, an important college-readiness marker.

The state’s “cohort” data shows that 79.8 percent of SCUSD students who started high school as freshmen in 2008 graduated with their peers four years later, which is an increase of 5.2 percent over cohort data for the class of 2011. The rise is reportedly attributed in part to SCUSD’s expansion of programs that keep students exciting about coming to school.

Similarly, fewer SCUSD students from the class of 2012 dropped out during their four years in high school. SCUSD’s 2012 drop-out rate of 11.5 percent reportedly represents a decrease of 6.5 percent over 2011.

Of SCUSD schools, Luther Burbank High School reportedly had the highest increase in its graduation rate — 10.1 percent to 89.3 percent. Burbank’s graduation rates is 10.8 percent higher than the state average despite the fact that 90 percent of the school’s students live at or below the federal poverty line.