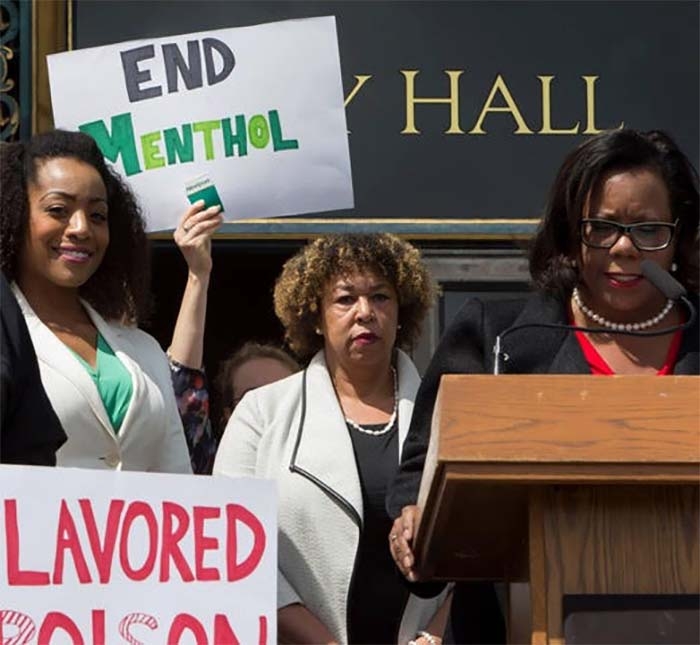 Anti-tobacco advocates celebrated news last week that the Biden administration is making swift moves toward the complete elimination of flavored menthol cigarettes in the United States. On Thursday, the U.S. Food and Drug Administration (FDA) announced new rules intended to ban mentholated tobacco products like Kool, Newport, Salem and other cigarette brands in a few years.

But just five years ago, some supporters of the FDA’s decision say, any ban on menthol cigarettes seemed like an impossible feat — even at the municipal level.

In 2016, Malia Cohen, currently the only African American member of the California Board of Equalization, was then serving on the San Francisco Board of Supervisors. At the time, Cohen, inspired and informed by local anti-tobacco movement leaders like Carol McGruder, introduced legislation to end the sale of all flavored tobacco products in the city.

“I am ecstatic, relieved and happy knowing that there is still a lot of work ahead, but our federal government is

going to defend the health of our community,” McGruder told California Black Media (CBM). “It should have been done a long time ago but we’re happy that they are finally making the right decision.”

By then, McGruder had been working for years to spread the word that tobacco products are partly responsible for killing 40,000-plus Black people each year in the United States.

In June 2017, Cohen’s colleagues voted unanimously to approve her bill. She made the case to them that companies disproportionately marketed flavored tobacco products and menthol vapes to Black men, women and children, and other people of color.

“I knew if we had a victory, it could start something big. But I did not know just how far it would go,” Cohen told CBM. “After our ordinance passed in San Francisco, 75 other cities in California passed similar bans.”

Cohen said she felt humbled hearing news of the FDA announcement, adding that she introduced the initiative to honor the memory of her grandmother who started smoking cigarettes at about 14 years old and eventually died of emphysema.

Created to inform the direction of tobacco control policy, practices, and priorities, McGruder says she and the AATCLC work at the intersection of public health policy and social injustice.

Over the years, AATCLC has been in the trenches assisting various municipalities across the country in passing legislation to remove the deadly products out of Black communities.

At one time in her life, McGruder says she thought it was wonderful to see companies like Kool and Newport support events like jazz festivals that featured artists such as Marvin Gaye at the Oakland Coliseum.

That was until she learned that Big Tobacco’s sponsorships, giveaways and financial support were part of a “master plan,” she said, to keep Black people hooked on their products.

Today McGruder and others in the tobacco-control movement have been putting pressure on the FDA to take extreme actions to reduce tobacco addiction and curb deaths.

“We know that when the industry sells a product that kills your customers you constantly recruit new ones,” McGruder said. “We don’t want another generation of our Black children to be addicted to mentholated products.”

Smoking is the leading cause of preventable death in the United States, according to the US Centers for Disease Control and Prevention (CDC).

Menthol is a substance naturally found in mint plants, such as peppermint and spearmint. It gives a cooling sensation but is highly addictive in nicotine. Seven out of 10 African American youth between ages 12 and 17 who smoke use menthol cigarettes, according to the CDC.

The action by the FDA, the agency stated, will reduce youth initiation, increase the chances of smoking cessation among current smokers, and address health disparities experienced by communities of color, low-income populations, and LGBTQ+ individuals.

“Banning menthol — the last allowable flavor — in cigarettes, and banning all flavors in cigars, will help save lives, particularly among those disproportionately affected by these deadly products,” said Acting FDA Commissioner Dr. Janet Woodcock.

A higher percentage of Black adults who smoke began using menthol cigarettes (93%) — that’s more than two times higher than the number of White adults who did the same (44%), according to the CDC. The two top-selling mentholated cigarette brands in the United States are Newport and Kool.

AATCLC, Action on Smoking and Health, the American Medical Association, and the National Medical Association, which represents Black physicians sued the FDA last year for its failure to enact public health policy that protects the health and welfare of African Americans.

“Big Tobacco has targeted and profited from Black communities with marketing for minty menthol cigarettes and as a result, smoking-related illnesses are the number one cause of death among Black Americans,” Newsom said in a written statement regarding the FDA’s actions.

After the FDA’s announcement to propose product standards within the next year to ban menthol as a “characterizing flavor” in cigarettes, Cohen said she understands that the Tobacco industry will keep fighting.

“We know that the industry will try to meddle, undo and interfere. It’s not over,” Cohen said. “But it is a big giant step forward to save the lives of African Americans who die from tobacco-related disease.” 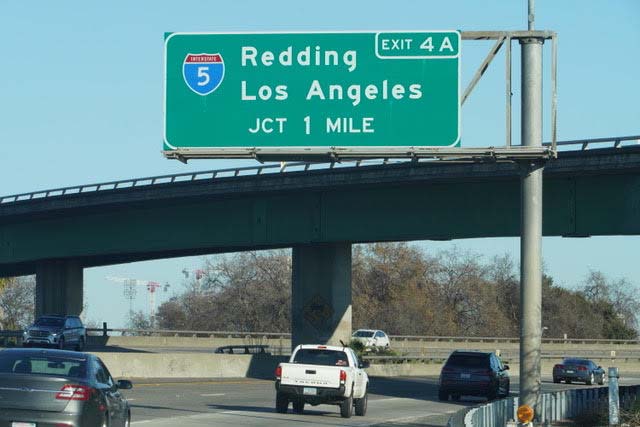