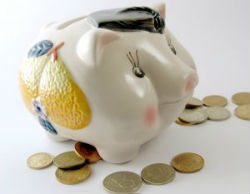 To help middle-class California students and families cover the rising cost of a college degree, the University of California, Davis, recently announced it has launched a new financial aid program called the Aggie Grant Plan.

The new program will award about $3,000 annually to eligible students who annual family incomes are between $80,000 to $120,000. The grants will cover about 25 percent of base undergraduate tuition and fees.

The Aggie Grant Plan reportedly builds on the University of California’s Blue and Gold Opportunity Plan, which expands access for lower-income students. The Blue and Gold plan covers base tuition and fees for students with annual family incomes of up to $80,000.

The Aggie Grant Plan will be funded through federal, state and university funds, as well as private grants and scholarships.

To be eligible, a student needs to file the Free Application for Federal Student Aid (FAFSA), which is due on March 2 of each year; be enrolled as a first- to fourth-year undergraduate at UC Davis; be a California resident; and have an annual family income of $80,000 to $120,000 and parental assets of less than $200,000 (including home value).

For more information on the Aggie Grant Plan, click here.