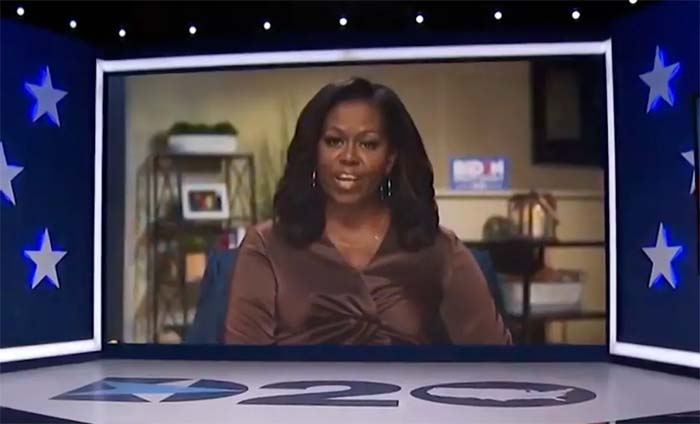 Thousands of Americans tuned into the 1st virtual 2020 Democratic National Convention ever in the history of the United States.  A preempted coverage was made by ABC News.  A panel of socially distanced commentators began with a claim that it would be a most unusual and unprecedented night.  The panel mostly agreed that young voters are not the most reliable, however, Contributor Yvette Simpson stated, “Young voters are the key to clinching this election (in favor of Biden).”

Opening ceremonies began (Mon, Aug 17) with the recitation of the “Pledge of Allegiance”, then the singing of “America the Beautiful” by a collage of Americans wearing the united colors of red, white and blue.  The Reverend Gabriel Salguero, President of the National Latino Evangelical Coalition, led the viewing nation in prayer.  The night introduced multiple elected officials, and dedicated citizens who were in full support of former Vice-President, Joseph R. Biden and Senator Kamala Harris.

The most unorthodox allegiance for the pair came from a group of disenchanted Republicans.  Former Ohio Governor John R. Kosich (R) stood at a physical crossroad, as he stated that the stakes in this election is greater than in any election of modern times.  He was very vocal in his disappointment for the current administration.  The Convention highlighted critical topics that has America in a stronghold, the economic crisis, the COVID-19 pandemic, and the public health crisis of racism.

Governor Gretchen Whitmer, or as Donald Trump calls her, “that woman from Michigan” brought attention to a time in 2009. The Obama/Biden administration inherited the worst economic crisis since the great depression. The auto industry was on the brink of collapse.  But the two didn’t waste time playing the blame game such as Trump has.  In recent times the auto workers banded together and donated time and effort to make protective equipment in the fight against COVID-19. That she said is the real spirit of our country. “Health of our people goes hand in hand with a strong economy.” Whitmer said.

Biden spoke to a panel of officials from across the states.  He asked Chicago’s Mayor, Lori Lightfoot how can we prioritize or tackle systemic racism in a way we haven’t done before?  She responded that it is really about economic empowerment.  She believes that “if people are lifted out of poverty and that they are given the opportunity to feel a stake in their own future, then that would go a long way.” said Lightfoot.  President Trump has been courting the idea of possible defunding the U.S. Postal Service for mail in voting.  President & CEO of the NAACP, Derrick Johnson said that “we have to change public discourse around voting.  All citizens should be given unfettered access without being suppressed.”

New York Governor Andrew Cuomo has been very memorable for his opposition to the current administration’s handling of the COVID-19 crisis.  He has stated that “our current government is dysfunctional and incompetent.”  He said we have witnessed “a government that first tried to deny the virus, then ignore it, then tried to politicize it.”  He endorses Biden for President. “We need a leader who appeals to the best within us and not the worst, a leader who can unify and not divide, a leader who can bring us up and not tear us down.”  Mark A. Urquiza was another type of tragedy in the wake of COVID-19.  His daughter, Kristin Urquiza bodly stood up for her late father.  She said, “My father’s only pre-existing condition was trusting Donald Trump.” Her father was mis-informed of the existing danger of the virus. “When I cast my vote for Joe Biden, I will do it for my dad.” Kristin said.

Mayor Muriel Bowser stood on a balcony overlooking the Black Lives Matter Plaza in Washington, D.C.  She voiced her disdain of the day President Trump stood in front of a revered church and held up a closed bible for a photo op.  She said he used a malfeasance of power to order troops into the streets to disrupt the peaceful protestors with pellet guns and they sent tear gas into the air.  Family members of slain George Floyd and Eric Garner gave solace reminders of why we cannot allow the torch of justice to be dropped.  Philonise Floyd, brother of George, said, “For the names we do not know, or the faces we’ll never see, those we can’t mourn because their murders didn’t go viral…when this moment ends, let us make sure we never stop saying their names.”  He asked America to join in a moment of silence for George and countless other souls lost to hatred and injustice.  Gwen Garner lost son Eric 6 years ago, but continues to lament and implore to all, “we can’t let things die down, we have to hold their feet to the fire!”

A most fitting end to this night came when Michelle Obama (the unforgettable former first lady POTUS) spoke on behalf of the Biden/Harris ticket.  Mrs. Obama spoke in no uncertain terms in regard to Donald Trump’s inability to lead this country.  She testified to the fact that the job of the President is hard.  “Being President doesn’t change who you are, it reveals who you are.  A presidential election reveals who we are too.” she said.  Michelle declared in all honesty and in all clarity, “Donald Trump is the wrong President for our country.  He has had more than enough time to prove that he can do the job, but he is clearly in over his head.  He cannot meet this moment; he simply cannot be who we need him to be for us.  It is what it is.” 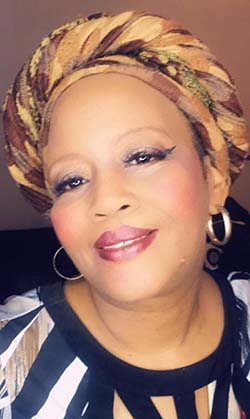