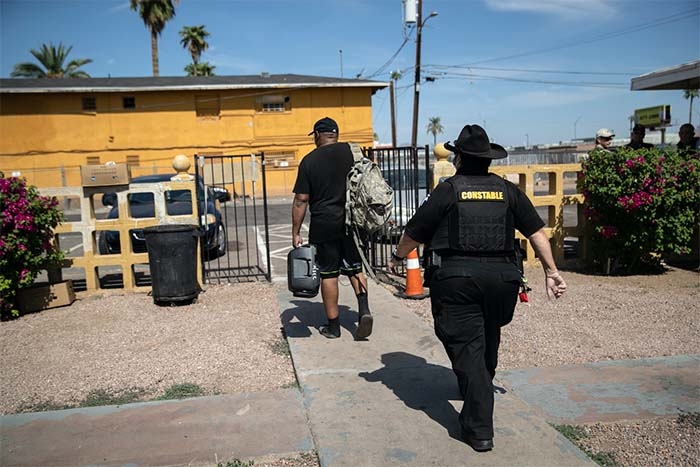 Photo by John Moore / Getty Images
Maricopa County constable Darlene Martinez evicts a tenant in October 2020 in Phoenix. In addition to killing 600,000 Americans, the pandemic is also undermining the health of people who were never infected with the virus, but whose lives were devastated by the loss of jobs, homes and opportunities for the future. |

With coronavirus infections falling in the U.S., many people are eager to put the pandemic behind them. But it has inflicted wounds that won’t easily heal. In addition to killing 600,000 in the United States and afflicting an estimated 3.4 million or more with persistent symptoms, the pandemic threatens the health of vulnerable people devastated by the loss of jobs, homes and opportunities for the future. It will, almost certainly, cast a long shadow on American health, leading millions of people to live sicker and die younger due to increasing rates of poverty, hunger and housing insecurity.

In particular, it will exacerbate the discrepancies already seen in the country between the wealth and health of Black and Hispanic Americans and those of white Americans. Indeed, new research published Wednesday in the BMJ shows just how wide that gap has grown. Life expectancy across the country plummeted by nearly two years from 2018 to 2020, the largest decline since 1943, when American troops were dying in World War II, according to the study. But while white Americans lost 1.36 years, Black Americans lost 3.25 years and Hispanic Americans lost 3.88 years. Given that life expectancy typically varies only by a month or two from year to year, losses of this magnitude are “pretty catastrophic,” said Dr. Steven Woolf, a professor at Virginia Commonwealth University and lead author of the study.

Over the two years included in the study, the average loss of life expectancy in the U.S. was nearly nine times greater than the average in 16 other developed nations, whose residents can now expect to live 4.7 years longer than Americans. Compared with their peers in other countries, Americans died not only in greater numbers but at younger ages during this period. 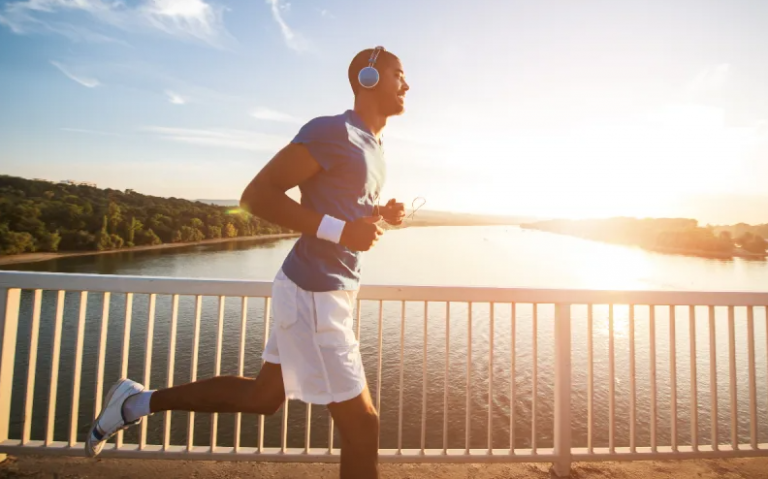 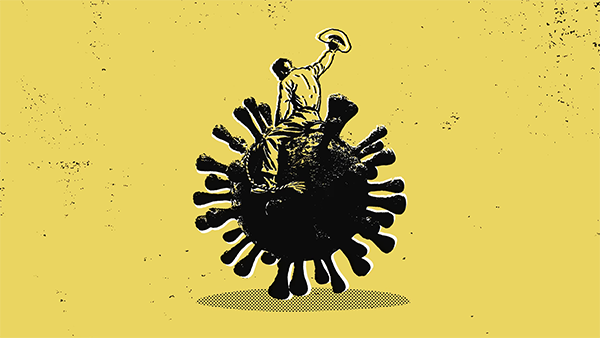