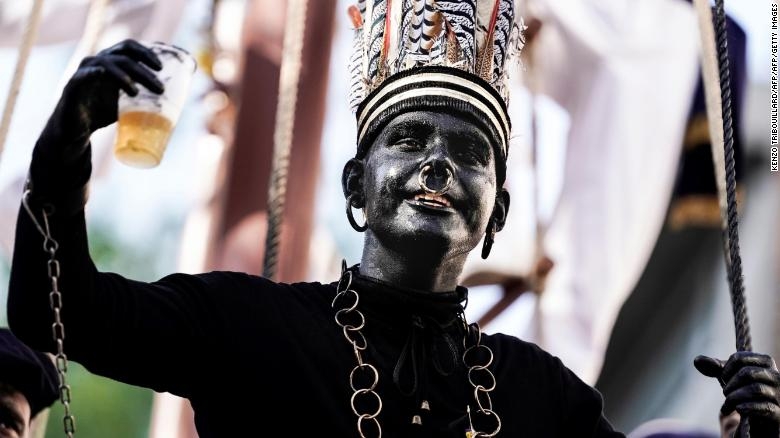 When the festive figure Sinterklaas rolled through the Dutch town of Apeldoorn in November, he was greeted by TV crews, cheering crowds, and an inevitable round of furious protests.

The anger was not directed at Sinterklaas himself, whose annual “arrival” festival marks the start of the Christmas season in the country. It was aimed at his sidekick, Black Pete — whose appearance in blackface, a curly afro wig and red lipstick divides the country on an annual basis.
But while controversies over the continued existence of Black Pete in the Netherlands have become as well-established a tradition as the character itself, one if its bordering nations is yet to hold a reckoning over its own relationship with blackface.
Belgium has a blackface problem. The country shares in the Black Pete tradition, albeit less enthusiastically than the Netherlands. But around Belgium, few seasons pass without folkloric festivals revolving around characters in the racist garb — and while its use has become polarizing around the world, Belgium has a casual approach to the tradition that is jarring to many outsiders.
It’s an attitude that goes back generations to Belgium’s colonial era, say experts — and a 21st century reappraisal seems some distance away.
For the full story, visit CNN.com/Travel/Europe.