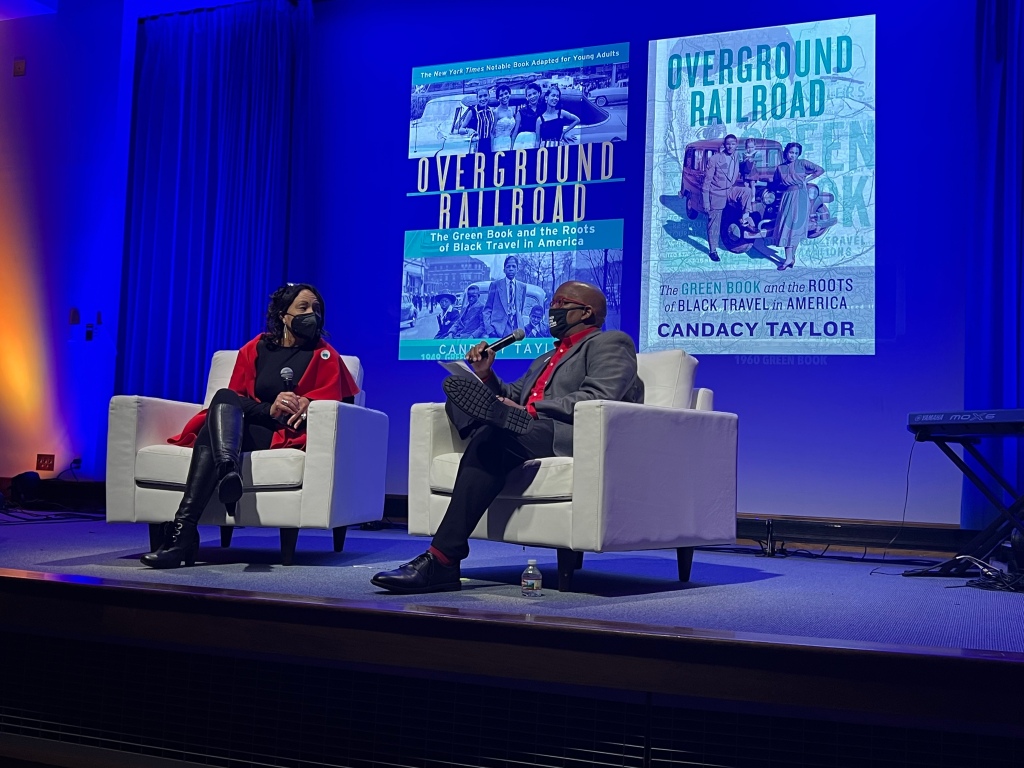 There was a beautiful yet haunting irony that was apparent within seconds of the start of my recent chat with author, historian, and curator Candacy Taylor.

I caught up with her by phone as she drove down wintery backroads to Wichita, Kansas, for a stop during her wildly successful book tour. It was the second of two conversations, with the first having been in front of a near-capacity audience at the California Museum in Sacramento last month.

“I don’t take a lot of freeways, so it’s not stressful driving,” Taylor shared, adding that her biggest worry was beating the worst of the winter weather that was pummeling so many midwesterners that day.

A century ago, the time frame that “Overground Railroad” brilliantly explores, the weather would have been the least of Taylor’s worries while navigating those rural backroads, alone, in her car.

Taylor is promoting her new Young Adult edition of her bestselling 2016 book “Overground Railroad: The Green Book and the Roots of Black Travel in America.” Taylor kicked off the book tour last month at the California Museum, which was the only northern California stop of a riveting exhibition that’s on loan from the Smithsonian, also in support of the book.

The Green Book was a directory of businesses that were open to African American travelers, during a time not all that long ago when a seemingly innocuous stop at a gas station, restaurant, or hotel could have threatened — or ended — the life of a black motorist. During much of the 30 years of the Green Book’s publication, if you were of African decent, you were risking your life when you took the wheel of your car — and I’m not referencing hazardous driving conditions.

The Green Book was referred to as “The Bible of Black Travel.” It was promoted with an ominous tagline: “Carry it with you — you may need it.”

Click here to read the rest of this article on Michael P Coleman’s blog.