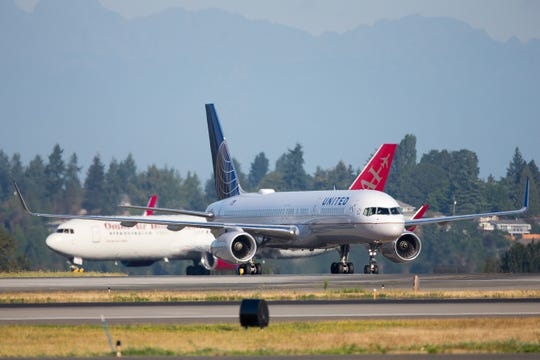 Two Muslim men from Texas say American Airlines profiled them and canceled their flight after crew members said they “didn’t feel comfortable” flying with the pair.

Abderraoof Alkhawaldeh and Issam Abdallah said they filed a complaint with the U.S. Department of Transportation against the Fort Worth-based airline, asking the federal agency to investigate the incident. The men say American Airlines discriminated against them Saturday for appearing Muslim and Middle Eastern during a flight from Birmingham, Alabama, that was headed to Dallas-Fort Worth International Airport.

The pair says flight attendants reported them because a crew member noticed Abdallah flush the toilet two times while in the airplane restroom, according to a letter the men’s attorney sent to the DOT. The men also waved to each other on the plane.

“It was the most humiliating day of my life,” said Abdallah, who spoke Thursday at the Dallas-Fort Worth chapter of the Council on American-Islamic Relations.

American Airlines has been criticized before over its treatment of passengers who are people of color.

For the full story, visit USAToday.com/Travel/News.