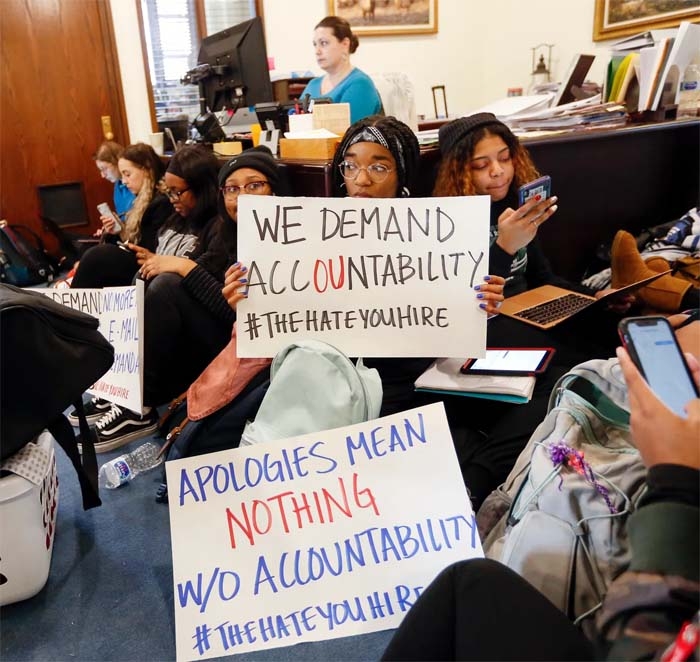 Photo by Nate Billings / The Oklahoman via AP

A professor at the University of Oklahoma repeatedly used the N-word during a class lecture, two weeks after another professor was condemned for using the racial slur.

The professor is a faculty member in the History department who chose to read an historical document in class containing repetitions of the racist term, Interim President Joseph Harroz Jr. said in a statement released Monday.

The professor, who has not been identified, gave a “trigger warning” before reciting from the document. The use of the warning, Harroz said, did not excuse the pain associated with the N-word.

“While she could have made the point without reciting the actual word, she chose otherwise,” Harroz said.

Consequences for the faculty member were not addressed in the statement.

The incident is the second in as many weeks where a professor at the University of Oklahoma has bandied about the racial slur.