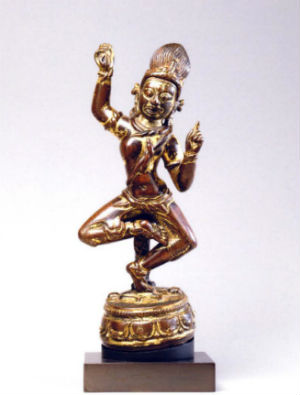 The Crocker Art Museum will present a rare Nepalese exhibition that explores the art of the Newer people who have lived in a Kathmandu Valley for millennia, according to a museum press release.

“Celestial Realms: The Art of Nepal,” will be on view starting October 20 through February 10, 2013, and will highlight the richness of Nepalese culture, including paintings, ritual objects, and stone, wood and bronze sculpture from the 8th to 20th centuries. Some tribal sculptures will also be included. The pieces have been drawn from private California collections and the collection of the Crocker. More than half of the objects in the exhibition have never been on public display.

According to the Crocker, Nepalese art is both Buddhist and Hindu, and is ever visible in Nepalese culture as ancient objects are installed in the temples, squares, and tanks of the cities of the Kathmandu Valley. Isolated from the West until the second half of the 20th century, our knowledge of Nepal is relatively recent. Early Nepalese artists drew upon Indian art as their inspiration, yet they soon created a unique style. Their distinctive workmanship was sought for inclusion in Tibetan monasteries and by the emperors of China. Intricate paintings, with their characteristic Nepalese reds and blues, radiate a cheerful vibrancy while the sculptures range from the elegant to the fantastic.

The Crocker is located at 216 O Street in Downtown Sacramento. Museum hours are Tuesday through Sunday, 10am–5pm, Tuesday–Sunday, and Thursdays, 10am-9pm.