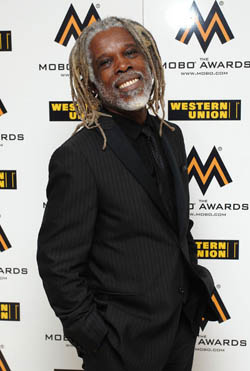 Once upon a time, pop artists that produced music combining a variety of musical sensibilities weren’t just played on the radio.  They were practically revered.  It was a time when Michael Jackson led the way, selling tens of millions of albums with his multi-format Thriller. In MJ’s wake, every singer in the world vied for the same type of success.

Few singers rose to that challenge and crossed musical boundaries as consistently as Great Britain’s most famous R & B export, Billy Ocean.  Beginning with his “Caribbean Queen (No More Love On The Run)” in 1984, he topped R & B, Pop, and Dance music charts for years, earned a Grammy for Best R & B Vocal Performance – Male, racked up a dozen or so hits, and released several successful albums.

While hits like “When The Going Gets Tough, The Tough Get Going”, “Loverboy”, and “Get Outta My Dreams, Get Into My Car” established Ocean on the Dance charts, his tender ballads like the #1 “There’ll Be Sad Songs (To Make You Cry)”, “Suddenly”, and “The Colour Of Love” helped him challenge Lionel Richie as the artist who had the best shot at helping you get to second base on a date.

After his phenomenal international success, Ocean had practically vanished from the music scene by the mid-1990s.  He remains the UK’s most successful R & B singer in history.

I couldn’t have been happier to hear that Ocean, 65, was back on the concert trail in the US for the first time in 25 years.  Like most of us, Ocean’s look has changed a bit over the years (check out the dreadlocs!), but his warm, one-of-a-kind tenor is virtually unchanged.  He’s performing all of his hits to rave reviews all over the country.

Ocean is charming, friendly, quite spiritual, and one of the most loving, devoted fathers I’ve ever met.  Wait until you hear the proud papa talk about one of his kids in particular, who is following in her dad’s footsteps!  Ocean also talked to me about his diverse musical influences, his upcoming album, and his strong spiritual foundation.

We‘ve really missed you here in the States.  Why such a long break?

I had to spend some time with my kids.  I have three children, two girls and a boy, so I’ve got to be responsible to my children.  We all need money to live, to survive but you can’t really ignore the more important things in life.  Our children need us.  I will never give up on them, no matter how old they are or what the circumstances are.  That’s what we’re here for: to support them. So I took a break for them, and I feel all the better for it.  And if I had to do it all over again, I really would do it the same way.  My eldest daughter, Cherie, is now one of my background singers and that gives me a great sense of achievement.  My relationship with all of my kids is good, and to me that’s very, very important. 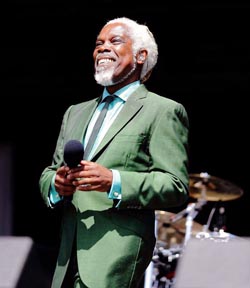 Very much so!  Without them and all of the musicians coming from your country, we in England would have had nothing to feed back on.  Yeah, we had some great people like The Beatles and the [Rolling] Stones, but…let me put it like this:  black music is black music, and we didn’t have black music in England.  We had a lot of things:  reggae, calypso…but your music like Motown, Stax, Atlantic and people like Marvin Gaye…that was my apprenticeship, my training, listening to artists like that.

When you broke through in the United States, I could hear influences of artists like Lionel Richie and Luther Vandross, who were popular at the time.  Were you influenced at all by them or other 80s artists?

I won’t deny that.  It’s very possible, because I was competing with them, against the very best.  And if you’re listening to the best some of it is bound to come through, but the important thing is I never copied those artists or any other artist.  At the end of the day, when I wrote a song and sang it, I tried to make sure listeners heard Billy Ocean.

You have a few songs that have stayed with me for years.  When I need motivation, your “When The Going Gets Tough, The Tough Get Going” is one of my “go to” songs.

[Laughs]  Thank you!  It’s good to hear that.  Although what I’m doing is a job, I’d like to think that a part of that job is to inspire people – in a positive way, not in a negative way.  I’ll never write a song and tell somebody to pick up a gun and shoot somebody, but I will write a song that says “Get up and do something positive” because no matter what you’re going through, it’s not over yet.  It’s not over ’til it’s over! 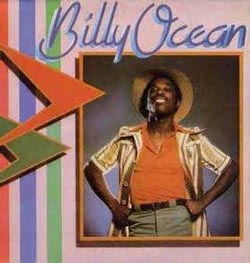 Funky Town Grooves has just released your debut album from 1976, Billy Ocean.  Many of your US fans are hearing it for the first time, as it was never released in the States.  What significance does that album have for you?

Really?  I hadn’t heard that!  That was my first professional album!  That’s going way back!  I have always enjoyed recording, and starting with that album and continuing to today, I put everything I have into each recording.  Things were the same for me then, the excitement and fun that I have in the studio, as they are today.  “Love Really Hurts Without You” from that album is the first successful song of mine that I wrote, and the Billy Ocean album was born out of that. And you’re right…that album pretty much stayed on my side of the water.   A few people might remember “Love Really Hurts Without You”, because I believe it was a bit of a hit in America.  But I think my success in America really started a few years later with “Nights (Feel Like Getting Down)”.

That was a hit, but you really blew up here a few years later after you signed with Jive Records, with “Caribbean Queen“.

I loved my time with Jive and the people who were working there.  Clive Calder was the director there, and he was a very, very incredible man.  He knew what he was doing and what he wanted.  I’m glad our collaboration worked out.  It was the best moment I had professionally, and he is the best person I ever met in the music business.

One of your collaborators at Jive, Barry Eastmond, told me you‘re working on a new project together.  Tell me about it.

I love Barry.  I went looking for him when I was ready to start recording again.  We are about 99 percent finished with an album called Here You Are. It’s my fault we’re not quite finished, because I think we need a couple of more tracks to finish it off.   It’s an album of songs that inspired me when I was growing up, from artists like Sam Cooke, Nat “King” Cole, Frank Sinatra and a lot of different people.  The only original song is the title track. 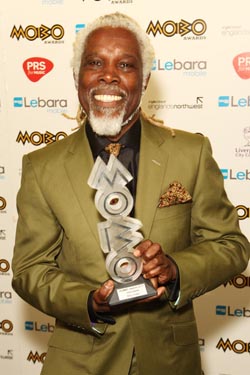 How soon will it be out??  We need new music from you!

[Laughs]  My work schedule is, thank God, very tight right now.  And with the state of the record industry today, everything is via website and online.  There are no charts anymore, no more real pop music programs any more, with shows like “X Factor” and all of these different things, and I find that all very confusing.  So my concentration is in touring, and I fit in recording when it’s possible.  That said, I’ll never stop recording.  I absolutely love writing and recording.

I love the locs.  Do they have any significance for you, or are they a fashion statement?

[Laughs]  Thank you.  My whole life is built upon what Rastafarianism is about, my friend:  finding our Lord Jesus Christ.  It’s about the 12 Tribes of Israel.  It’s a fundamental part of life that got lost somewhere down the line.  Today, we read the bible in a very superfluous way.  The bible is a lot deeper than it’s getting credit for.  Becoming a Rastafarian is the best thing that’s happened in my life, honest to God, other than having my kids – maybe even more important than that!  I couldn’t live without it, so no, my locs are not a fashion statement.

What can we look forward to in Modesto?

All of the hits!  We’ve been having a ball all over the country, and it’s been great to reconnect with people and sing the songs that people want to hear.  We’re going to have a GREAT time in Modesto.  I’m really looking forward to it.

Get out of your dreams, into your car and get to Modesto March 3rd for Billy Ocean‘s show at the Gallo Center for the Arts. Tickets start at only $29.  Buy now or save 25% on your tickets by using promo code OCEAN25 when ordering by phone at 209-338-2100 or at the ticket office.  (Offer not available online.)

Billy Ocean‘s debut album has been remastered and expanded, and is available at funkytowngrooves.com.  His greatest hits album, as well as the classics Suddenly, Love Zone and others are available at iTunes or Amazon.

Michael P. Coleman is a Sacramento-based freelance writer who has spent the last 30 years looking for his Caribbean Queen.  If you‘d like to apply for the job, he‘s at michaelpcoleman.com or on Twitter:  @ColemanMichaelP