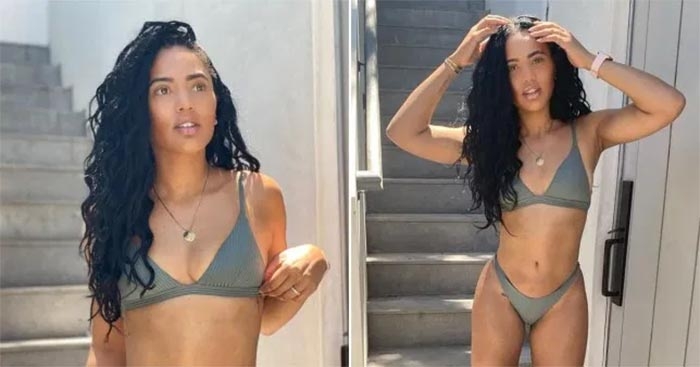 Ayesha Curry posted an Instagram photo of herself in a bikini, and it has the internet divided because of some of her past comments.

The TV personality and wife of NBA star Stephen Curry shared two photos of herself posing in a gray bikini over the weekend after losing weight, garnering both applause from her friends and fans as well as criticism from those who thought the post was a stark turn from her earlier views.

“Took me long enough,” Curry, 31, captioned the post. Some Twitter users criticized her for it, claiming she contradicted her own tweet posted in 2015: “Everyone’s into barely wearing clothes these days huh? Not my style. I like to keep the good stuff covered up for the one who matters.”

“Just like that, Ayesha Curry just did the same thing she bashed other women for,” tweeted @illcity92.

“Not saying it’s not allowed, but I’m never a fan of bashing others then being a hypocrite,” added @hellasmolx.