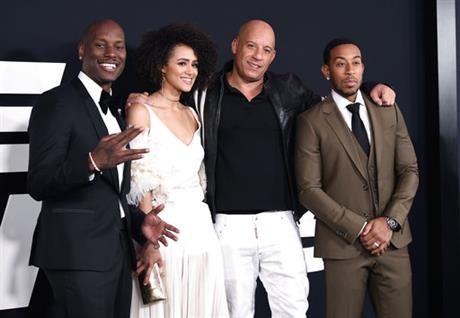 “The Fast and the Furious” franchise has seen its share of drama outside of the films, but rumored infighting between the series’ biggest stars, Vin Diesel and Dwayne “The Rock” Johnson, is uncharted territory for the long-running series.

The riff was put into the spotlight last year when Johnson, while shooting “The Fate of the Furious,” took to Instagram to both express appreciation for his female co-stars and embarrass some of his male counterparts for unprofessional behavior, calling them “candy asses.” It’s alleged he was referring to Diesel.

But at the film’s world premiere Saturday night in New York, many attributed the situation between the two stars as nothing more than “business as usual” on a film set.