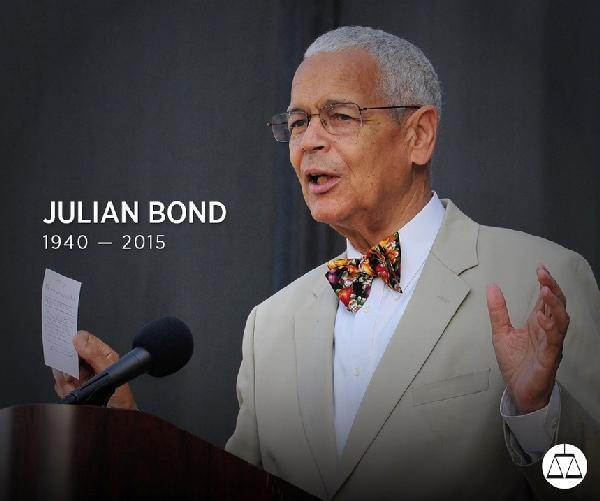 *Another civil rights warrior and champion has fallen.

Julian Bond, former NAACP board chairman, civil rights leader and elected politician has passed away. He was 75.

According to the Southern Poverty Law Center, of which he served as the founding president in the 1970s, Bond died Saturday night after a brief illness in Fort Walton Beach, Florida.

“With Julian’s passing, the country has lost one of its most passionate and eloquent voices for the cause of justice,” said Morris Dees, co-founder of the SPLC, a legal advocacy group that specializes in civil rights.

“He advocated not just for African-Americans, but for every group, indeed every person subject to oppression and discrimination because he recognized the common humanity in us all,” Dees said.
For the complete story and the official announcement, visit Eurweb.com/we-remember-julian-bond