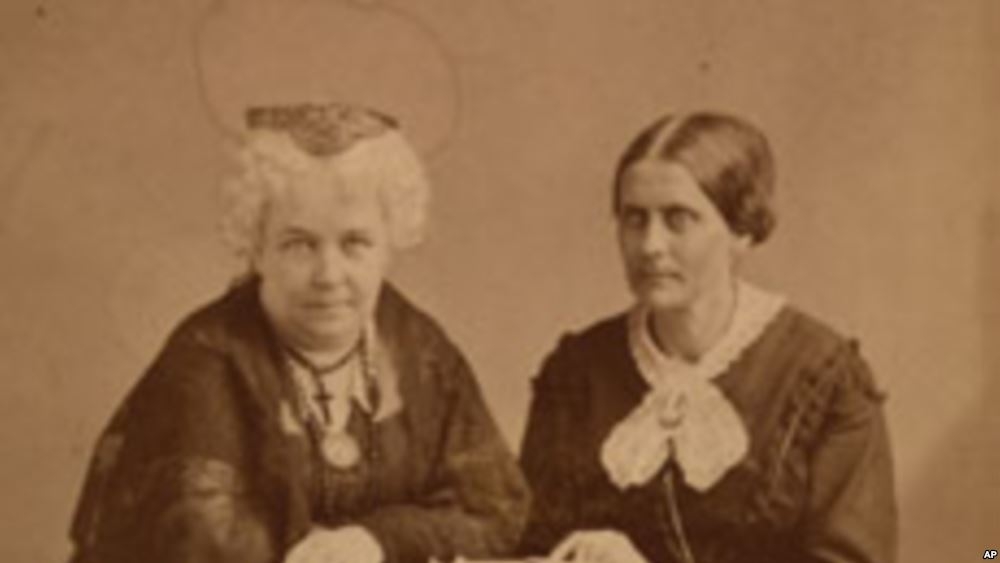 Elizabeth Cady Stanton (left) and Susan B. Anthony (right), Albumen silver print, by Napoleon Sarony. The new monument is located at what had been known as the Sewall-Belmont House, which the National Woman’s Party began using as its headquarters in 1929.

President Barack Obama is designating a historic house in Washington as a monument honoring the movement for women’s equality in the country.

The White House says the move Tuesday will help preserve an archive documenting the “history, strategies, tactics and other accomplishments” of the movement to achieve voting and equal rights for women in the United States and elsewhere in the world.

The site will be called the Belmont-Paul Women’s Equality National Monument. The name honors activist and suffragist Alva Belmont, a former president of the National Woman’s Party that fought for equality, as well as party founder Alice Paul.

For the complete story, visit VOANews.com.