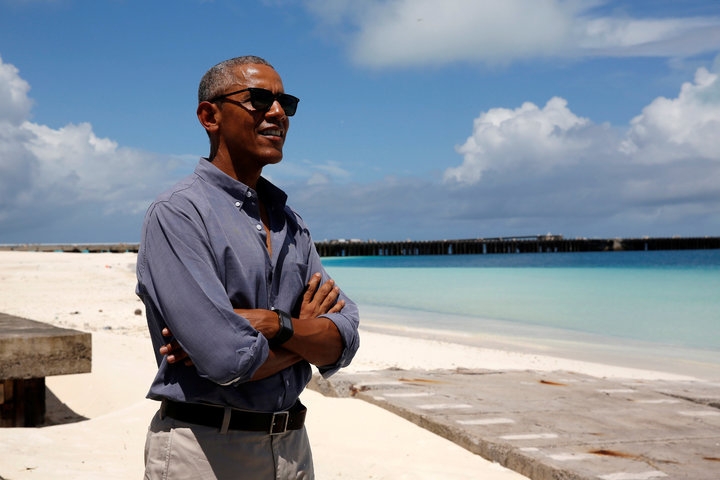 After a brief layover in Hawaii, former President Barack Obama is hanging out on a South Pacific island for a month to write his White House memoir, according to the Washington Post.

The island, called Tetiaroa, is an atoll located in a group of French Polynesian islands. Its closest neighbor is Tahiti, which is roughly 30 miles away. Not only is it super private and exclusive, it’s also gorgeous.

Obama is reportedly staying at the 35-villa resort for most of his month on the island, and its eco-friendly reputation keeps in line with his own high environmental standards. According to its website, the resort eventually hopes to be 100 percent energy independent ― fueled by solar panels, generators powered by coconut oil and a contraption that converts seawater to air conditioning.

Rooms start $2,800 per night and some are as expensive as $13,300 per night, but the amenities are simply outrageous. And considering Barack and Michelle Obama recently inked a book deal worth a reported $60 million, they can afford to splurge a little.

For the complete story, visit TheHuffingtonPost.com/Lifestyle.